The Oklahoma City Thunder look to extend their lead at the top of the Western Conference when they visit the stuttering New Orleans Pelicans, live on Sky Sports Arena in the early hours of Thursday morning.

After losing their opening four games of the season, the Thunder (17-8) have roared back into form reeling off 15 wins since November 1. They are leading the Western Conference thanks to high-intensity team defense and stellar individual performances from leaders Russell Westbrook and Paul George.

Westbrook has dialled down his scoring in favour of providing a more all-round game. Through 17 games, he is averaging a triple-double (as he did in his MVP season) with 22.1 points, 10.2 assists and 10.6 rebounds.

The Pelicans (13-14) are trending in the opposite direction. They won their first four games before a run of injuries derailed their momentum and led to a six-game losing run. 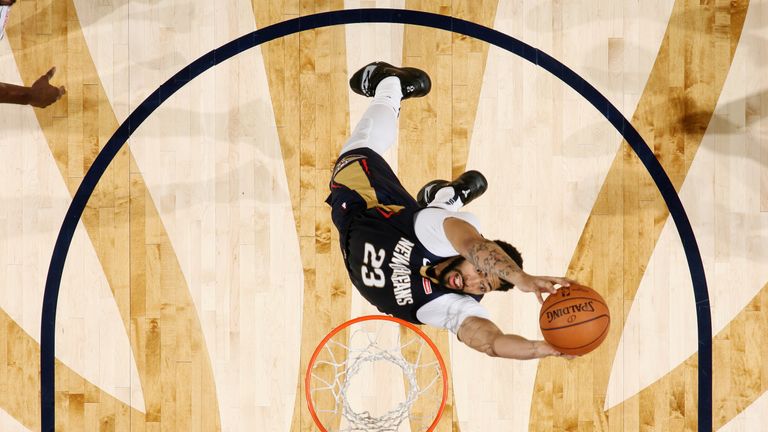 New Orleans have settled into a maddeningly inconsistent run of late, alternating wins and losses over their past eight games as speculation continues over the future of their star Anthony Davis.

‘AD’ has the athleticism and strength to dominate any game but he’ll have his hands full with Thunder center Adams. The bruising Kiwi is sure to get physical with Davis and do all he can to stop the Pelicans’ star man getting to the hoop. 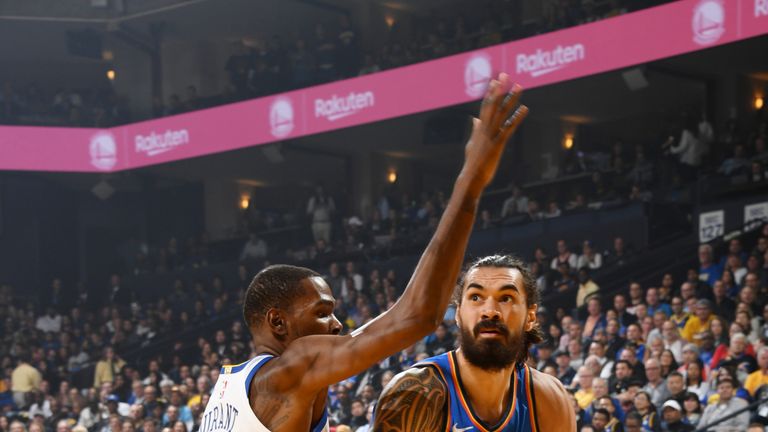 Whether tangling in the post or rejecting shots at the rim, Adams has the ability to stop the Pelicans’ franchise star having his way. Davis may have to hit from three or from mid-range early to drag Adams away from the interior.

Adams – averaging 15.4 points and 10.0 boards per game – will also be a threat on offense, extending possessions with his rebounding and outmuscling defenders close to the basket.

102.5 – That is the Thunder’s defensive rating (average points allowed per 100 possessions). It the best in the NBA. And it has been achieved with the team’s best defender, long-term absentee Andre Roberson.

After their early-season stumbles, Oklahoma City made defense their calling card and have reaped the rewards, holding the Golden State Warriors to 95 points and the Houston Rockets to just 80 to claim their biggest wins to date.

The Pelicans lead the league in points scored per game (117.4), thanks in the main to the fast pace their coach Alvin Gentry asks them to play.

Will the Thunder stand up to the Pelicans’ rapid-fire offensive onslaught?

One to watch (Thunder): Paul George 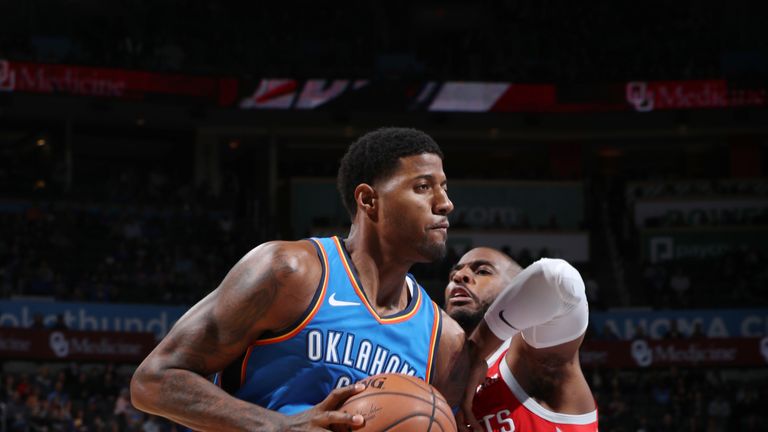 ‘PG13’ sits among the NBA’s elite two-way stars, capable of winning games with his offense and locking down the opposition’s best player on defense. He surprised many by opting to re-sign with Oklahoma City in the summer over the bright lights of bigger markets (he had been linked with a free agent move to the Los Angeles Lakers).

George is scoring 24.3 points per game while also leading the league in steals (2.2 per game). He poured in an ultra-efficient 31 points (on 8-of-10 shooting) as the Thunder rolled past the Jazz last time out.

One to watch (Pelicans): Jrue Holiday 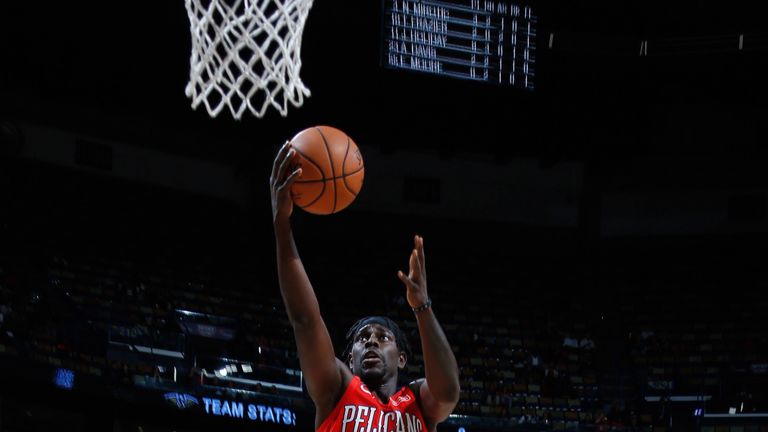 The star power of Davis means his team-mates often go under the radar, none more so than Pelicans’ guard Holiday, an All-Star player averaging career-highs in points (20.5), assists (8.8) and made field goals (7.9) this season.

He is also a strong defender and will be relishing going head to head with Russell Westbrook.