Ronnie O’Sullivan has taken credit for the audible flatulence heard during his win over Matthew Stevens at the Northern Ireland Open on Thursday. With Stevens leading 2-1 in the third-round match in Milton Keynes, a noise which sounded very much like a fart was heard clearly on the TV coverage. And O’Sullivan has admitted recent health problems were responsible.

The commentators were amused by the incident and initially thought the referee was the culprit.

Former professional player Neal Foulds said on Eurosport: “There was a very unfortunate noise there.

“I don’t know who it was but I’ve got my suspicions. I think I’ve seen it all now.”

Commentator David Hendon replied: “Well, I thought the wind was in our studio. 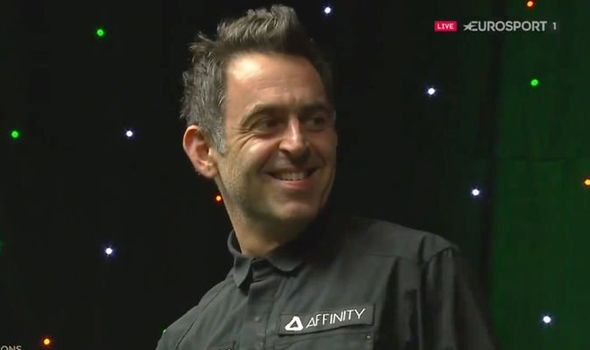 “Well [the referee] couldn’t be any redder, could he.”

Afterwards he was asked about the main talking point and said he jokingly blamed the referee as well.

But the 44-year-old revealed it was in fact recent health issues which were responsible for the incident.

“I dropped my guts,” O’Sullivan said.

“I’ve had bad stomach problems for the last three months, I’ve been having tests in the hospital.

“I said to the ref, ‘was that you?’ We had a laugh out there. I’m taking full ownership of that one.

“I have been bad since September 5. Honestly, it has been really bad. I have had tests done and will have more tests after this. 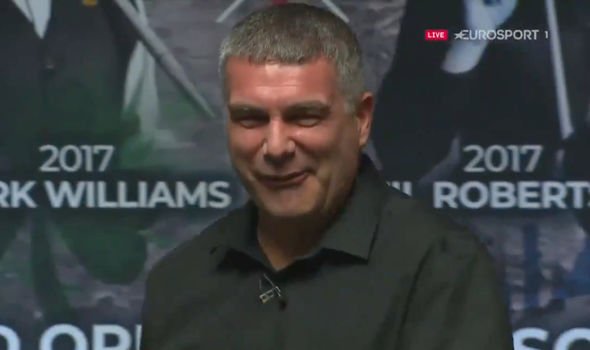 “It is why I could not do the lockdown, the bubble, because my stomach was so bad with the food.”

Earlier this week, O’Sullivan hit back at claims that Lewis Hamilton should be knighted following his seventh World Championship win on Sunday.

O’Sullivan insisted F1 was not a level playing field for all the drivers.

“A lot of the sports I watch… the people that have done it, you have to look whether it’s a level playing field,” he said.

“If you have a car that is going a second a lap quicker than the other cars, in theory all he has to beat is his team-mate [Valtteri] Bottas – who seems to be comfortable and happy playing second fiddle.

Anthony Davis booed — and cheered — in return to Pelicans’ lineup

Were LeBron’s Heat a disappointment?