Ronnie O’Sullivan suffered a surprise defeat against John Higgins to end his hopes of securing a first piece of silverware this season at the Masters. Higgins got off to a brilliant start to storm into a 3-1 lead against the six-time world champion.

O’Sullivan began to find his game and fought back to level the scores.

The thrilling contest went on to equal an 11-year record of five consecutive century breaks as Higgins found another gear to edge himself ahead.

O’Sullivan became the favourite for the title when Judd Trump pulled out after contracting coronavirus and Neil Robertson and Mark Selby suffered shock defeats.

But Higgins dealt the 45-year-old a devastating blow to bring his campaign to a brutal end. 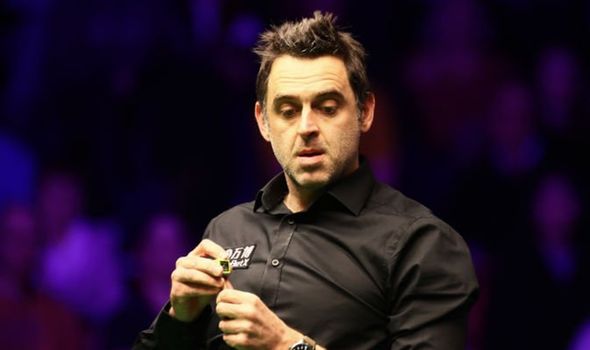 “I made too many unforced errors really,” O’Sullivan said after the match. “I know the breaks look good on the scoresheet but when you miss easy balls and unforced errors, I lacked some safety shots, you are not going to win.

“I am disappointed that I couldn’t cut out them errors really.

“It is no consolation to me. Centuries make a player look good but I made too many mistakes. He was grreat at potting and break-building. He is just going to out-school you and was just far too good for me tonight.”

Higgins added: “I enjoyed that, it was a really high standard and only a couple of mistakes.

“I am delighted the way I turned up there against one of the best players in a big match. I have been putting the practice in, but you don’t need to play bad to lose now.

“I have been working on my technique a bit, and it seems to be paying off. I have lost some matches but it is really about belief and that performance will give me a lot of confidence.”