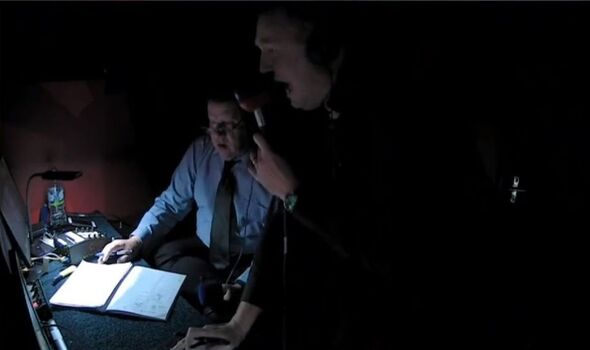 Wayne Mardle represented every darts fan during Michael Smith’s stupendous World Championship win over Michael van Gerwen on Tuesday evening. So much so, in fact, that the final commentator had to step away from the microphone after losing his voice at Alexandra Palace.

It was in the wake of what’s being referred to as the ‘greatest leg of darts’ in the sport’s history that Mardle had to take a backseat. Canadian John Part stepped up for the Sky Sports team in his absence to call the shots for the remainder of Bully Boy’s 7-4 triumph.

Smith trailed by a set as both he and Van Gerwen were on for nine-darters in the second, level on one leg apiece. However, where ‘MVG’ fell just short in his attempt, the eventual champion stepped up to nail double 12 in what proved a crucial turn in the tide.

“That is the most amazing leg of darts you will ever see in your life!” exclaimed former PDC pro Mardle. “I can’t speak! I can’t speak,” he went on to scream, in reference to a legendary piece of commentary by rugby league and Castleford Tigers caller Mick Morgan.

Mardle, 49, has drawn widespread praise for his punditry since stepping away from the oche in 2012. ‘Hawaii 501’ is a favourite among fans due to his visible passion for the sport and candid commentary, including on some players he used to call his peers.

But that passion proved to be his downfall at the end of a tumultuous three-week affair at Alexandra Palace. Co-commentator Stuart Pyke stayed on with Part while Mardle attempted to soothe his voicebox with a lozenge, though it proved futile in the end.

“I literally can’t spake!!!!!!!! What a final! Enjoy,” he wrote on Twitter. “MVG V SMITH.” Bully Boy went on to close a classic final in conclusive fashion, remarking after the match he didn’t think the winning moment “will ever be topped” in his career.

“I cannot believe what I’ve just seen,” tweeted ex-England and Liverpool striker Peter Crouch midway through the match. “Absolutely incredible! Whoever wins, what a final this is already! Wow.”

Smith has had to endure numerous agonising near-misses in major finals in recent years, finally adding the World Championship to his trophy cabinet at the third attempt.

Van Gerwen later said he ‘would be lying if he said it didn’t hurt’ but conceded he missed too many opportunities in the end. “But tonight is not about that, tonight it is about congratulating @Michael180Smith, “he continued. “Well done mate enjoy the moment. Thank you for all the support and I will be back in 2023.”