After being named head coach of the Green Bay Packers for the 2019 season, Matt LaFleur was seemingly at odds with Aaron Rodgers during this year’s preseason.

Quarterback Rodgers – at 35, a seven-time Pro-Bowler, two-time regular season MVP and Super Bowl XLV MVP – had bemoaned his lack of control over the offense within the new coach’s scheme.

This would have had warning lights flashing for the Packers organisation. Rodgers had often clashed with former head coach Mike McCarthy in his final two years with the team.

So early rumblings of discontent would have been particularly concerning during LaFleur’s first season. He was tasked with overhauling a struggling offense after a disappointing season which saw the Packers finish with a 6-9-1 record, and falling out with the face of the franchise would be a nightmare start. 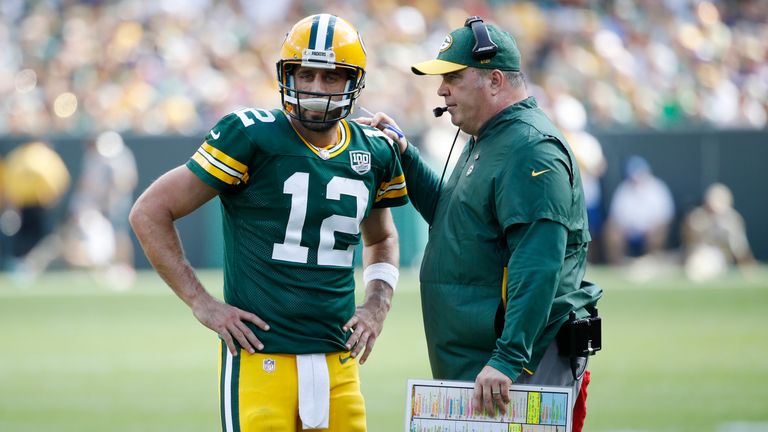 Since McCarthy left Green Bay, it has come to light that he and Rodgers’ issues dated back to 2005, the year he was drafted. Former Packers running back Ryan Grant was able to shed some light on the situation, stating that “Aaron’s always had a chip on his shoulder with Mike… The guy who ended up becoming your coach passed on you when he had a chance.”

In the 2005 NFL Draft, it was between Alex Smith and Rodgers as to who would be the No 1 overall pick for the San Francisco 49ers. Rodgers was a perfect fit. He was from the University of California and stated that he wanted to play for the 49ers. Instead McCarthy, then offensive coordinator for San Francisco, opted for Smith and Rodgers fell to Green Bay at the 24th pick.

That history appeared to bode well for Rodgers’ relationship with his new head coach LaFleur, as it eliminated the issue surrounding the draft that existed with McCarthy.

LaFleur’s hiring marked a fresh start for Rodgers and was expected to provide him with new ideas to help galvanise what was a stagnant offense over the last two years – in 2016, they were a top-four scoring attack. Over 2017-18, they were in the middle of the pack (Rodgers did miss half the season in 2017).

However, LaFleur arrived from Tennessee with question marks over his experience as a coach, having only been on NFL coaching staffs for a decade and only being 39 years old when he was picked to lead Green Bay.

LaFleur would have been well aware of the importance of building a strong relationship with his new team’s franchise quarterback. He was in Atlanta – with offensive coordinator Kyle Shanahan – as the quarterback coach when Matt Ryan won the MVP award, and was present as the OC during Jared Goff’s breakout season with Sean McVay in 2017.

So the new head coach brought changes. The Packers had a joint practice – something they didn’t do in 13 years under McCarthy – with the Houston Texans. LaFleur believed it would be vital to preseason development, but this was not a view shared by his quarterback, who said: “I wouldn’t mind if they didn’t do it for another 14 years.”

Although Rodgers stated he liked the scheme his new coach was trying to implement, the apparent differences translated into an offensive struggle during Green Bay’s opening game – a 10-3 win over the Chicago Bears – as Rodgers finished 18 of 30 for 205 yards and one touchdown. It was far from what was expected after hiring an offensive-minded coach.

During their Week Two win over the Minnesota Vikings, it seemed as though things were going to boil over. Rodgers was visibly frustrated, yelling at his head coach after the offense struggled in the second half and they were unable to convert on third down. 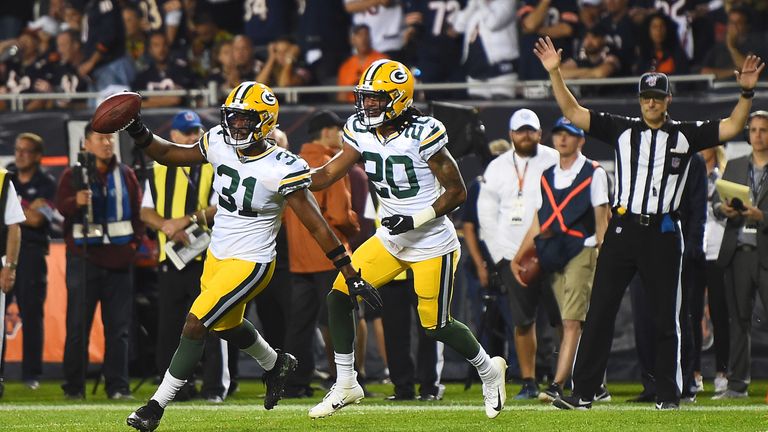 The Packers were able to score 21 points early in the game, including two touchdown throws from Rodgers. The frustration was directed at the lack of adjustments made by the coaching staff going into the second half, where the Vikings were able to shut the Packers out. But they still won, as their defense restricted Minnesota to just 16 points.

In the post-game press conferences, both player and coach admitted that were not exchanging pleasantries. “We’re a little animated at times. I can’t say we were yelling how much we love each other,” Rodgers said.

Rodgers has looked a lot happier in recent weeks. Consistently winning games can often help repair seemingly fractured relationships. He has refuted the suggestion that he needed to prove how his relationship with LaFleur was developing, instead suggesting that they have an open line of communication. 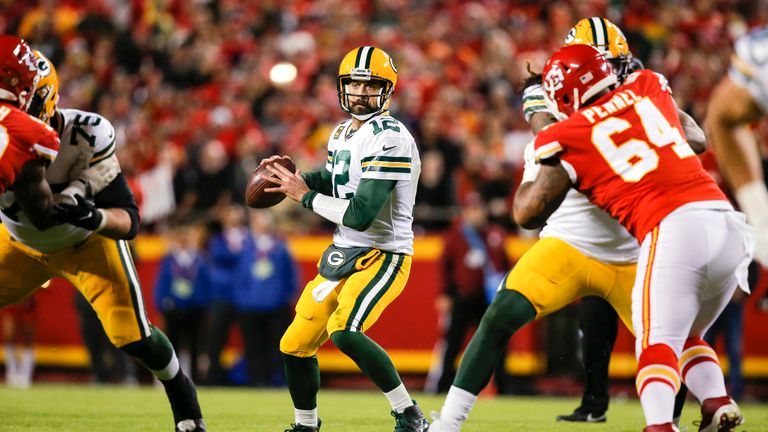 Two weeks ago, without their number one receiving option Davante Adams, the Packers marched into Arrowhead stadium and were able to beat the Kansas City Chiefs – albeit without star quarterback and last year’s MVP Patrick Mahomes.

Despite last week’s surprise 26-11 loss to the Chargers in LA., the Packers are at 7-2 on the season and sitting at the top of the NFC North.

While Rodgers and LaFleur have not ruled out arguments in the future, they have attributed any disagreements to both being competitive people and wanting what is best for the team in order to win. What is clear is that Rodgers has really embraced the introduction of LaFleur’s offense and it has allowed him to flourish in recent weeks, including a career game in a blowout win over the Oakland Raiders in which he accounted for six touchdowns (five passing and one rushing).

The growth was clear to see in the two outings against Oakland and Kansas City, as Rodgers doubled his passing touchdown tally for the season in those two games alone. After eight TDs through the first six games, he sits on 17 after Week Nine.

Even after the early-season struggles, his recent performances have his name in the race for MVP.

The game against the Chargers set his bid back, and he will have to play catch-up to Russell Wilson, Lamar Jackson, Christian McCaffrey and others, but if he can continue at his recent pace, then he should be in the conversation come the end of the season.

In the last three games, Rodgers has completed 71 per cent of his passes, thrown nine touchdowns, no interceptions, and has a quarterback rating of 129.8 – those are MVP numbers.