The Atlanta Falcons will be playing in England next season, Covid-willing, giving up a home game to do so.

Yet the Falcons will be the nominal home team at the Tottenham Hotspur Stadium in October, where they will play a team outside the NFC South.

Outside their NFC South rivals, the Lions are among Atlanta’s home opponents for 2021, as well as the New England Patriots, New York Jets, Philadelphia Eagles and the Washington Football Team. 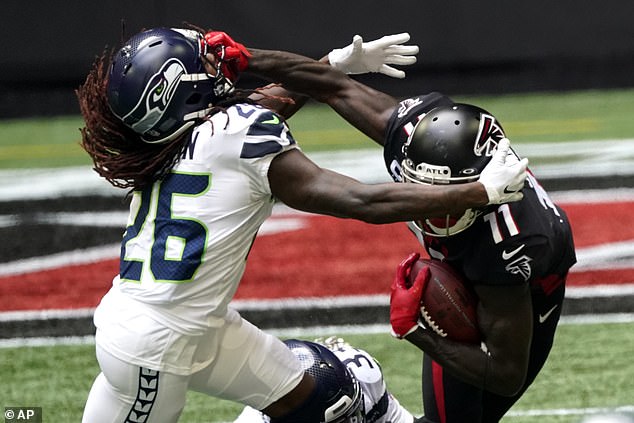 The Falcons boast the brilliant Julio Jones (right) at wide receiver, who is capable of anything 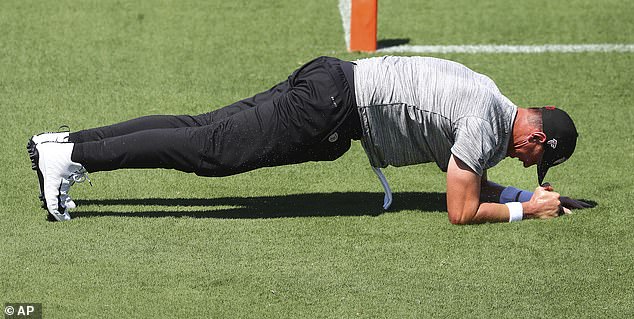 Despite the increase in regular season games from 16 to 17, like all NFC teams,  Atlanta will play its 17th game on the road in 2021.

Atlanta were due to play the Denver Broncos as one of four games last season as the visiting team at Tottenham.

But due to the pandemic the NFL curbed its international programme for a season.

Atlanta have played one regular season game in England before.

They darted into a 21-0 half-time lead at Wembley in 2014 against the Detroit Lions, only to lose 22-21 thanks to Matt Prater’s last-second field goal. 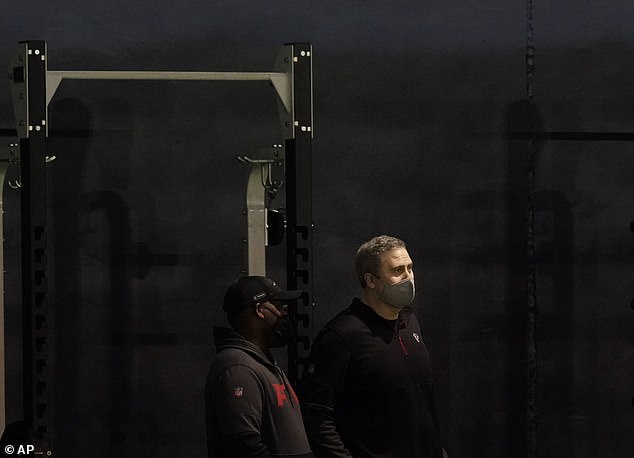 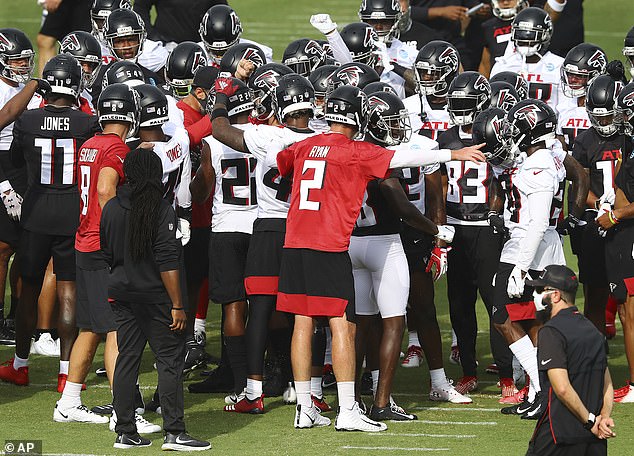 The Falcons will hope 2021 is an improvement on last year, which began with a 0-5 start

Last season the Falcons – who famously squandered a 28-3 lead over the Patriots in Super Bowl LI – finished bottom of their division with a 4-12 record.

It was a season of flux with head coach Dan Quinn and general manager Thomas Dimitroff relieved of their duties in October after an 0-5 start.

Raheem Morris took over as interim coach and they named Arthur Smith, 38, as the 18th coach of the franchise after the former Tennessee Titans offensive coordinator took his first head coaching role in January.

They pick fourth overall in the draft, which begins at the end of this month. 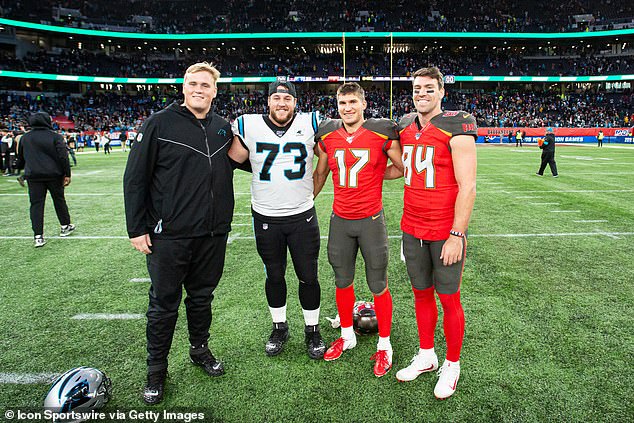 The NFL schedule is due to be announced in May. It is unclear how many games will be hosted overseas.

This week on a conference call, commissioner Roger Goodell revealed that the NFL is planning for full stadiums with the season just five months away.

‘All of us in the NFL want to see every one of our fans back,’ Goodell said.

‘Football is simply not the same without the fans and we expect to have full stadiums in the 2021 season.’

Owner Mark Davis on 1-8 Raiders: ‘I always look in the mirror’