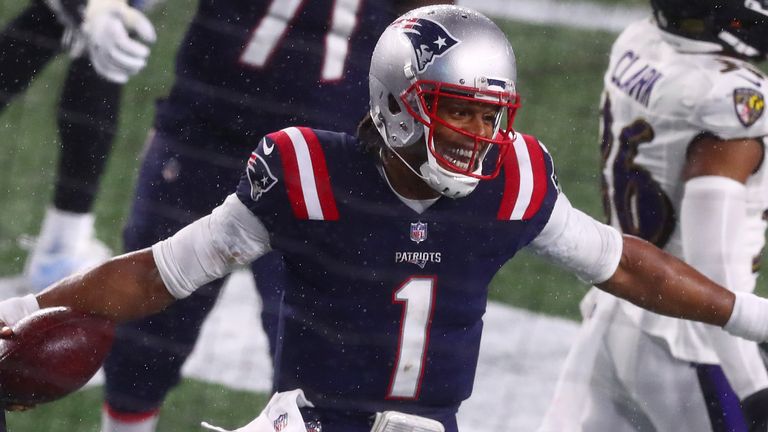 Cam Newton threw a touchdown pass and ran for another score as the New England Patriots fought through torrential rain and high winds to beat the Baltimore Ravens 23-17 on Sunday night.

Second-year running back Damien Harris also impressed, rushing for a career-high 121 yards to help the Patriots (4-5) win consecutive games for the first time this season. Newton, meanwhile, was 13 of 17 passing, for 118 yards. His touchdown pass to Rex Burkhead in the first quarter was his since first since Week Three. 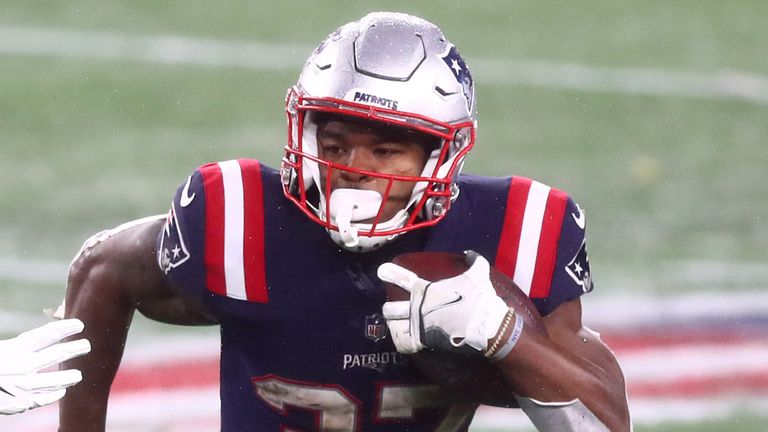 It was one of two TD grabs for Burkhead on the night, with the other coming from perhaps an unlikely source in Jakobi Meyers, though the wide receiver was recruited initially as a quarterback at college.

In hugely testing conditions, Ravens QB Lamar Jackson was 24 of 34 for 249 yards, with two touchdowns and one interception, but the New England defence did well bottling him up on the ground for most of the game, limiting him to just 11 rushes for 55 yards.

After a scoreless first quarter, it was Baltimore who put up the first points of the contest when Jackson found Willie Snead for a six-yard score on the first play of the second period.

Almost immediately the Patriots responded, with Newton’s long wait for another passing TD finally ended. Justin Tucker kicked a 24-yard field goal to again nudge the Ravens ahead, only for Meyers’ trick-play touchdown to Burkhead to earn New England a 13-10 half-time lead.

The home team then started the third quarter strong, Newton capping a four-play, 75-yard drive with a four-yard touchdown run to stretch their lead to 10. That expanded to 13 when Nick Folk fired through a 20-yard field goal later in the third.

The Ravens ended the quarter with an impressive 11-play, 75-yard drive of their own that finished with Jackson finding Snead again for an 18-yard score. But Baltimore then picked up just one first down on their first two fourth-quarter possessions.

New England then ran down the clock with a couple of key first downs and, though the Ravens (6-3) would get one final possession with a minute remaining, they couldn’t pull off the kind of late heroics seen in Arizona Cardinals’ earlier win.

ky Sports NFL is your dedicated channel for NFL coverage through the season – featuring a host of NFL Network programming, a new weekly preview show as well as at least five games a week and NFL Redzone, you won’t miss a moment. Don’t forget to follow us on skysports.com/nfl, our Twitter account @SkySportsNFL & Sky Sports – on the go!

‘Cornerback U’ Ohio State CBs drafted in first round since 1991

Sam Darnold: Jets 'still got a chance' to make playoffs

This is 2020 XFL: Teams, coaches and (soon) players for league reboot