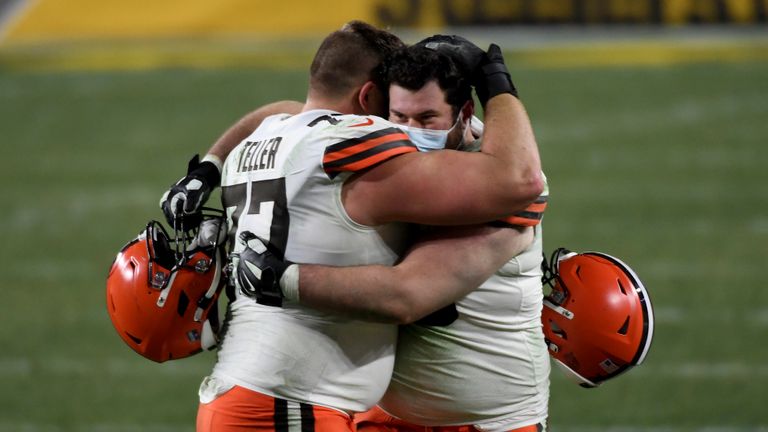 The Cleveland Browns won their first game in Pittsburgh since 2003, their first playoff win since 1994 and their first playoff win on the road since 1969. They also beat the Steelers in the playoffs for the first time, having lost their previous two meetings. A defensive touchdown was scored on the first scrimmage play for the first time in any playoff game and the 28 points scored by the Browns tied the record for the most by a team in the first quarter of any playoff game. The Raiders led the Oilers 28-0 after the first quarter of the 1969 divisional round and ended up winning 56-7. 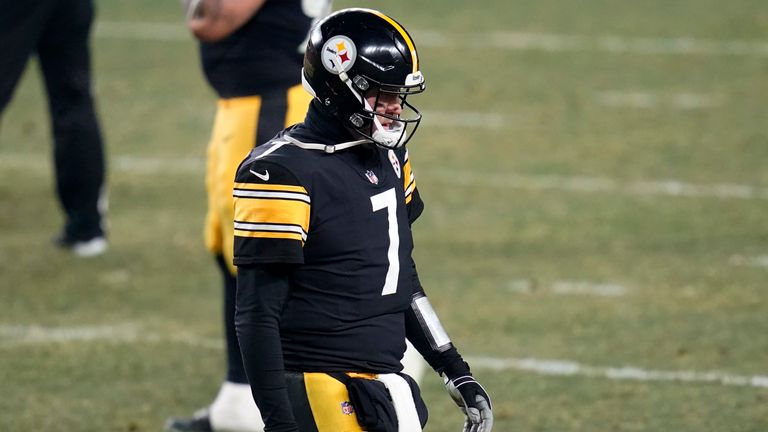 Ben Roethlisberger became the first player to have at least four touchdown passes and four interceptions in the same playoff game, while his 47 passes in the defeat set a new record for any NFL game, whether a regular-season game or in the playoffs. The previous playoff record was 43 completions, by Tom Brady in Super Bowl LI.

The Buffalo Bills won their first playoff game since the 1995 Wild Card round, breaking the third-longest active drought without a playoff win entering this season. 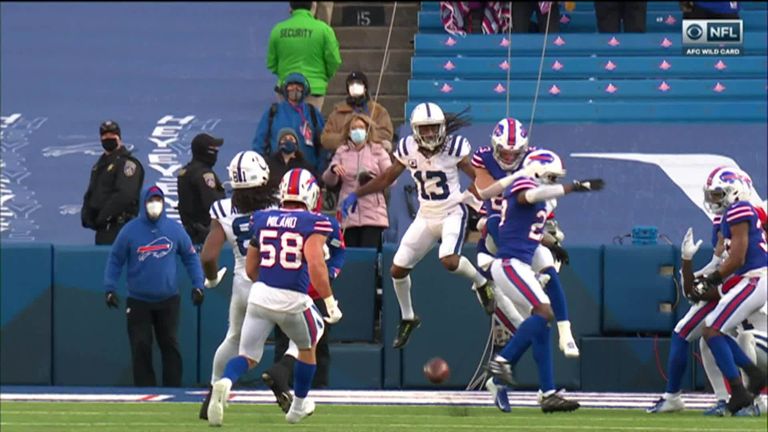 The Baltimore Ravens (11-6) maintained their record as the only NFL team with a winning record in playoff games away from home, and John Harbaugh won his eighth career road playoff game, breaking a tie with Tom Landry and Tom Coughlin for the most road playoff wins by a head coach all-time.

Most road wins in the playoffs by a head coach

Since moving to the NFC in 2002, the Seattle Seahawks have played 10 home playoff games. They have lost both their games against the Los Angeles Rams, while winning all of the other eight. 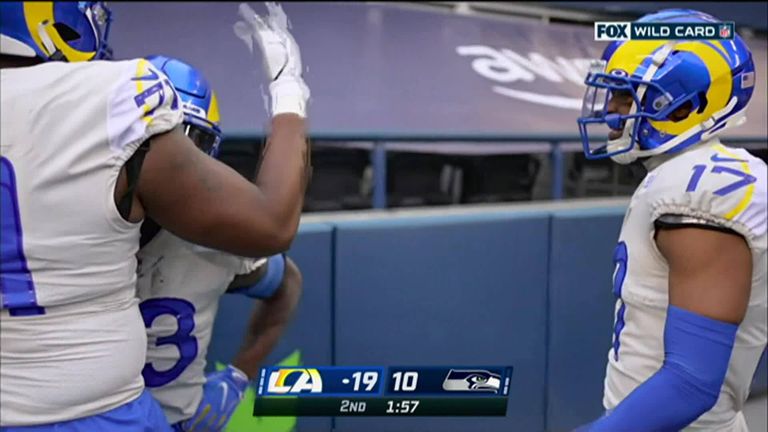 Cam Akers totalled 176 yards from scrimmage in the Rams’ victory over the Seahawks, which is the second-most by a rookie in a postseason game in the Super Bowl era.

Most yards by a rookie in the playoffs

The game between the Tampa Bay Buccaneers and Washington Football Team had the largest difference in the number of regular-season starts among opposing starting quarterbacks in playoff history.

Largest difference in starts among opposing QBs in playoffs 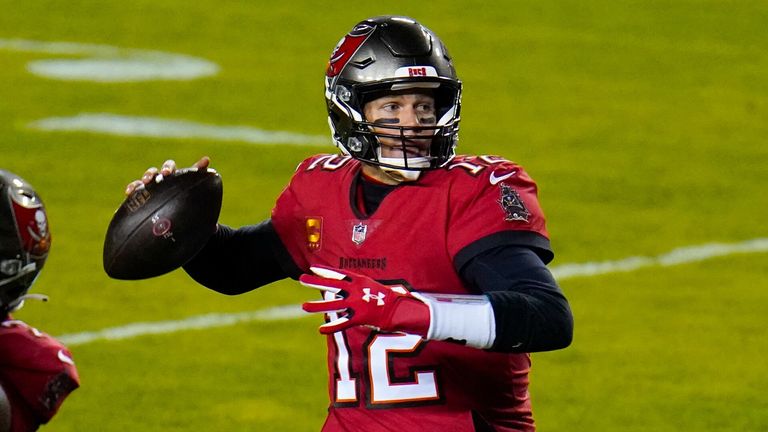 Tom Brady became the 23rd quarterback to win a playoff game with more than one team, with only Brett Favre and Joe Montana having previously won at least 10 playoff games with one team before winning one with a another. Taylor Heinicke became the sixth quarterback to start a playoff game having not started a single game during that regular season. The only one of those six to actually win their postseason game was Frank Reich, who did it twice for good measure!

In their victory over the Chicago Bears, the New Orleans Saints allowed the fewest points (9) and total yards (239) in a playoff game in franchise history. The Saints have now won their last seven meetings with the Bears, with the Bears’ last victory coming in 2008.

Sky Sports NFL is your dedicated channel for NFL coverage through the season – featuring a host of NFL Network programming. Don’t forget to follow us on skysports.com/nfl, our Twitter account @SkySportsNFL & Sky Sports – on the go!

Broncos best, worst performances against the Steelers in Week 2