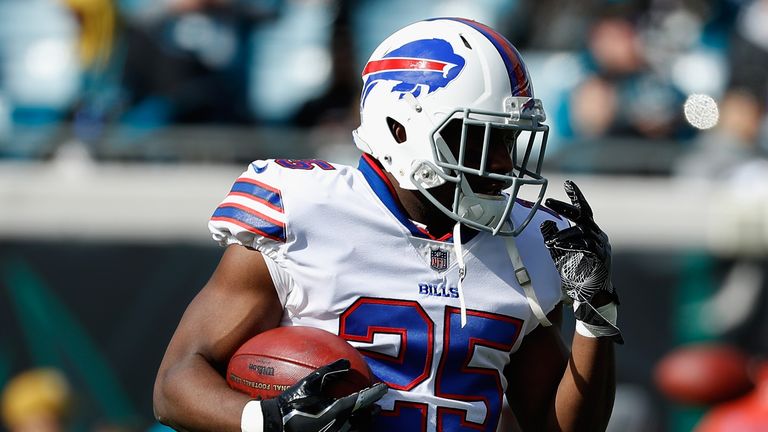 The Buffalo Bills hope running back LeSean McCoy will be able to face the New England Patriots on Monday night even though he remains in the concussion protocol.

McCoy was able to practise on a limited basis on Thursday, an encouraging sign after he was forced out of Sunday’s 37-5 rout by the Indianapolis Colts in the opening minutes.

The running back landed on his head as he ran out of bounds on what turned out to be his second and last carry of their week seven game.

McCoy’s ability to practise – even on a limited designation – means he has only one step to clear of the NFL’s concussion protocol, either full football activity or medical clearance to play.

He will still have to pass an examination by an Independent Neurological Consultant assigned to the club after passing the team’s own doctor.

Any McCoy absence would create another chance for Chris Ivory to start and most likely hand extra snaps to Marcus Murphy.

Derek Anderson is set to start again at quarterback, with rookie Josh Allen still not practising after the sprained elbow he suffered in week six.

The Bills were also without defensive end Trent Murphy at practice on Thursday and he is rated doubtful to face the Patriots with a knee injury.