Veteran wide receiver DeSean Jackson has been released by the Philadelphia Eagles.

Jackson posted three messages on his Instagram account to signal that his second stint with the franchise was over. The 34-year-old also indicated that he wants to continue his career.

Jackson’s first post was “Looking forward to my next chapter,” and that was followed by “The best Deep threat in NFL history!! Coming to a city near you!!”

Jackson was scheduled to receive a base salary of $8.2m in 2021, so it is not a surprising move by the team after he played in just eight games over the past two seasons.

He caught 14 passes for 236 yards and one touchdown in five games in 2020. Jackson missed time with hamstring and ankle injuries. 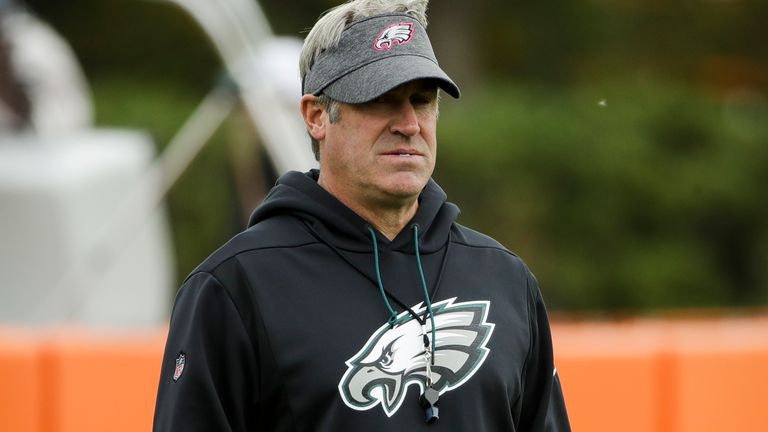 The previous campaign, Jackson had nine receptions for 159 yards and two scores in three games. He suffered an abdominal injury early in the season and later underwent core-muscle surgery.

Jackson was a three-time Pro Bowler during his first stint with the Eagles from 2008-13. He was released by the team due to concerns about his off-field behaviour.

Jackson spent three seasons with Washington and two with Tampa Bay before Philadelphia reacquired him prior to the 2019 season.

Jackson also had rushed for four touchdowns and returned four punts for scores.

Sky Sports coverage of the NFL will continue through the off-season as we track the player moves and the storylines in the build-up to the 2021 season – and we will have all three days of the NFL Draft covered in April.

Jalen Ramsey asks Vick for 'tips' on how to stop Lamar