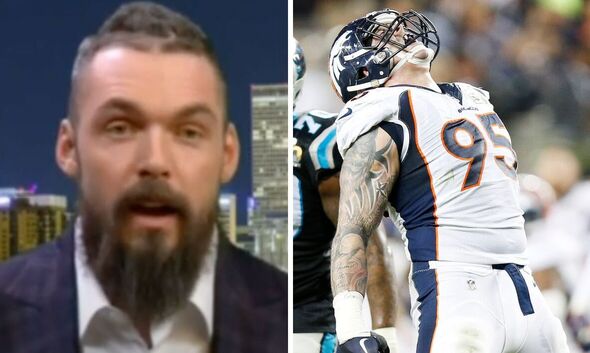 Former NFL star Derek Wolfe revealed he has received immense backlash after killing a mountain lion in Colorado. Wolfe claimed more than 200 complaints have been filed against him for the stunt, despite insisting the hunt was entirely legal.

Wolfe retired from the NFL following a 10-year career in which he chiefly played for the Denver Broncos before spending his final two seasons with the Baltimore Ravens. The defensive end won Super Bowl 50 during his time in Denver, and he has clearly decided to return to the area to enjoy his retirement.

On Monday, Wolfe decided to have an interview with conservative political commentator Tucker Carlson to complain about the outrage he has faced since the hunt, which took place last week. The 32-year-old appeared stunned by the reaction to his hunt.

“I can’t believe that going on a legal hunt, doing something legal, by the book – they’ve had 200 calls to Colorado Parks and Wildlife trying to turn me in like I did something wrong,” Wolfe said on Fox News. “[I] did nothing wrong. Everything’s legal.”

Wolfe went on to declare how mountain lions have become a serious problem in the area and even said there have been 23 attacks on humans since 1990. He also suggested 15 dogs were killed by the animals within a 30-day period near Boulder in 2022.

Many have criticised Wolfe’s actions as he could and perhaps should have left the cat alone. However, the ex NFL star is adamant he has done little wrong as he followed regulations offered to him by Colorado Parks and Wildlife.

“[I] was able to make a good shot, a good ethical shot, and harvested the cat,” Wolfe added. “Got him out of there and did everything by the book.

“This was completely legal. CPW came down and checked the cat in for me.”

Wolfe even revealed he intends to keep the lion’s carcass to feed him and his family, concluding: “I took the meat and got it processed. I’m gonna eat that cat.”