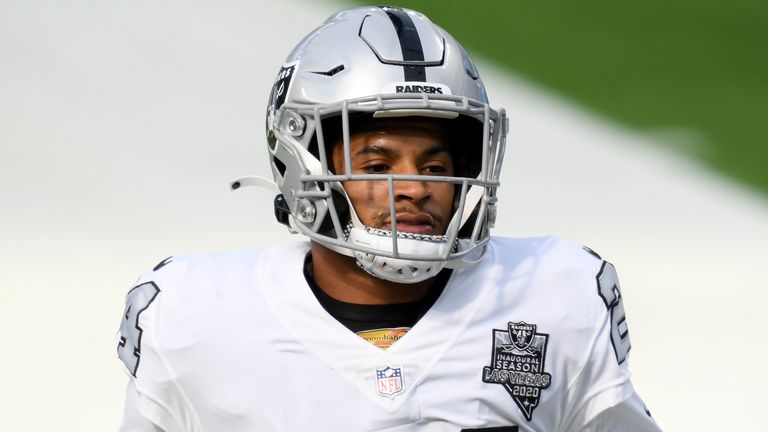 The Las Vegas Raiders have placed seven more players on the COVID-19 list as high-risk close contacts with Clelin Ferrell after he tested positive for coronavirus.

Ferrell, a starting defensive end, was placed on the list on Tuesday following his positive test, along with defensive back Lamarcus Joyner.

If those players all keep testing negative and have no symptoms they will be able to return to play Sunday night at home against Kansas City, even though they will miss the week of practice.

“We practised today and we’ll be ready for the game on Sunday,” coach Jon Gruden said after the news came out. “It is what you have to do. Everybody has to adapt to a lot of things in every phase of life. We had to go through some things before. We’ll be there on Sunday and we’ll be prepared.”

This is wild: Nearly the entire #Raiders starting defense is going on the COVID-19 list because of high-risk close contacts, but all are eligible to play in the game if they continue to test negatively, sources tell me and @TomPelissero.

The Raiders were also disrupted last month after right tackle Trent Brown tested positive. Four other starting offensive lineman missed practice, but were able to return to the team the morning of a 45-20 loss to Tampa Bay.

Abram missed the game because his five-day window ran until Monday that week.

Brown was activated from the COVID-19 list on October 30 in time to play at Cleveland two days later. But a pregame IV mishap sent him to the hospital and he was later placed back on the COVID-19 list when he developed symptoms of the coronavirus.

That leaves the Raiders with six defensive starters currently on the COVID-19 list for the Raiders (6-3) in advance of their game against Patrick Mahomes and the high-powered Chiefs (8-1).