The New England Patriots have signed former MVP quarterback Cam Newton on a one-year deal, the NFL has announced.

Newton had been a free agent after being released by the Carolina Panthers at the end of last season.

The Patriots parted company with six-time Super Bowl-winner Tom Brady in March and had been expected to go into the new campaign with untested 23-year-old Jarrett Stidham as their quarterback.

Newton was picked first overall in the 2011 draft by the Panthers and was named the league’s MVP as he led the team to the 2016 Super Bowl, where they were beaten by the Denver Broncos.

But injuries have hampered him since and he featured in just two games last season.

The 31-year-old posted on his Instagram story: “I’m as excited as I don’t know what right now!! All praise to God!! Dropping content tomorrow! I hope you’re ready! Let’s go Pats.”

Meanwhile, the Patriots have been fined $1.1m by the NFL for inappropriately filming the Cincinnati Bengals’ sideline during a game last season.

On Sunday, the league also took away a third-round pick in the 2021 draft.

Also, the team’s production crew will not be allowed to shoot any games in the 2020 season.

ESPN first reported the penalties. An NFL spokesman confirmed the disciplinary procedures to The Associated Press.

The filming occurred at the Bengals game at Cleveland on 8 December last season. The Bengals hosted the Patriots the following week and lost 34-13.

When the taping became known last season, the team said at the time a three-person crew producing a web series titled “Do Your Job” “inappropriately filmed the field from the press box” as part of a feature on the scouting department. 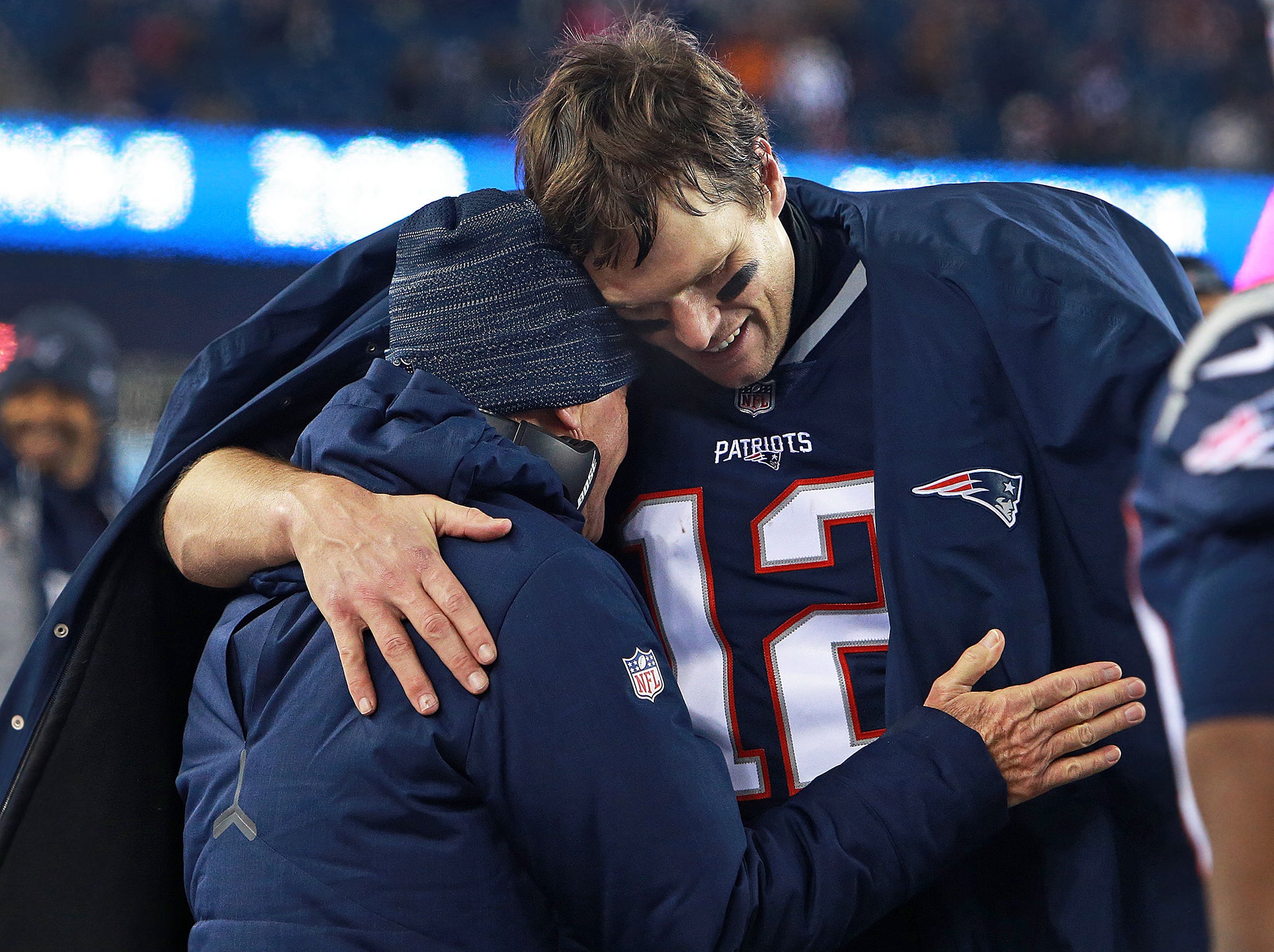 The filming took place “without specific knowledge of league rules,” the statement said.

Also, the team’s statement last season said that while they were granted credentials for the crew from the Browns, “our failure to inform the Bengals and the league was an unintended oversight.”

When confronted, the team said the crew “immediately turned over all footage to the league and cooperated fully.”

At the time, Patriots coach Bill Belichick says neither he nor his coaching staff had watched any of the video footage.

“I personally have never viewed any video footage at all, anything that those production people have done, other than what’s shown on public television or something like that,” Belichick said in December.

Previously, New England was fined $250,000 and lost a first-round draft pick in 2007 for violating NFL rules against using video to steal signals in a scandal dubbed “Spygate.” Belichick was also fined $500,000.

Spygate fueled a distrust of the Patriots that persisted when the team was accused of illegally deflating the footballs used in the 2015 AFC championship game.

The punishment by the NFL in that case was also severe. Quarterback Tom Brady was suspended four games, and the team was fined $1m and docked another first-round draft pick.