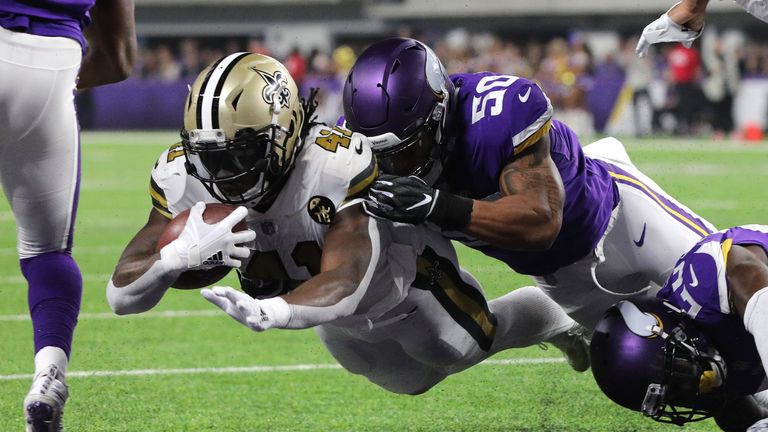 The New Orleans Saints got revenge for their last-second playoff loss to the Minnesota Vikings last year by beating their hosts 30-20 on Sunday night.

The Vikings broke out into a 13-7 lead early in the second quarter after a Kirk Cousins touchdown pass to Stefon Diggs and a Latavius Murray TD run, and they went on to outgain the Saints 423 yards to 270. But, two key turnovers, including a 45-yard interception return for a touchdown by P.J. Williams, helped earn New Orleans the win.

Alvin Kamara also had two touchdowns – one rushing and one receiving – for the Saints, and Will Lutz made three field goals. Drew Brees had a quiet night by his standards, throwing only 120 yards passing.

Diggs had 119 receiving yards and a score in his curtain call after the “Minneapolis Miracle” catch in the NFC divisional round in January, while fellow Vikings wideout Adam Thielen continued his 100-yard game streak to start the season.

Thielen stretched his run to an NFL-record eight games with a 103-yard performance, but his fumble in the redzone in the second quarter was returned 54 yards by Marshon Lattimore to set up the go-ahead touchdown for the Saints, a lead they wouldn’t relinquish.