NFL goes global with all 32 teams set to play overseas between 2022 and 2030, including in Canada and Germany… but what does it mean for the UK and will Wembley miss out?

The NFL has committed to all 32 teams playing at least once overseas from 2022-2030 — but there is no deal yet in place for Wembley to host games.

Tottenham Hotspur signed a 10-year contract in 2018 to play a minimum of two regular season games a year at its purpose-built £800million dual-sport stadium.

The Jacksonville Jaguars – who have played one game a season at Wembley from 2013-19 – were due to play back-to-back games at the national stadium last year as part of a four-game slate. But Covid-19 saw the postponement of the NFL’s international ambitions. 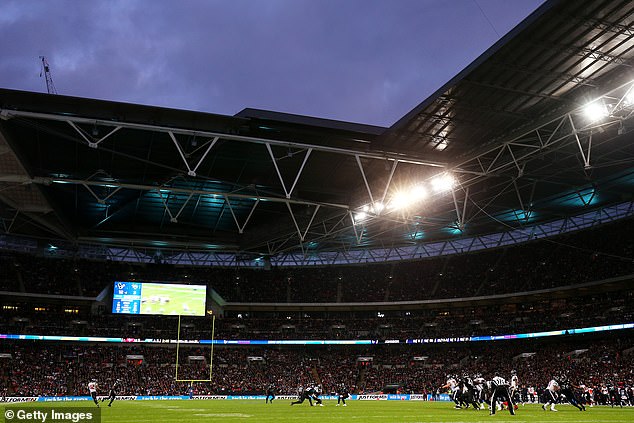 The Jacksonville Jaguars played the Houston Texans at Wembley in 2019

But plans to go global are back on track, with the NFL set to branch out into Canada, Germany and South America – as well as Mexico, which has hosted games since 2016.

But what that means for the British market is unclear. NFL media insiders report that two games a year will take place in the UK with two elsewhere in the world.

The NFL’s executive vice president and chief strategy and growth officer Chris Halpin said on a conference call: ‘Four games in London is definitely not off the table.

‘This is around committed inventory from all 32 teams and as we said volunteer inventory including by the Jaguars, who have played a game in London consistently for almost a decade and are committed to the market.

‘We are very much focused on continuing the momentum and number of games long term in London, the fan base is exceptional.’ 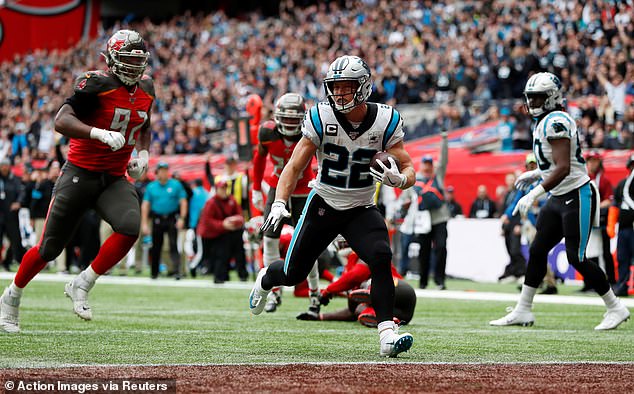 The NFL added that interested teams could volunteer to play international home games.

And on playing at Wembley, Halpin added: ‘Our Wembley deal did expire after the season. The NFL and the Jaguars are in productive conversations with Wembley. They have been a great partner and a core part of the NFL UK experience. No agreement there yet, but productive continuing dialogue.’

And on the long-touted possibility of a UK-based franchise, he added: ‘As we look at a franchise we always say we need a fan base, we need a stadium and we feel great about both of those. Our job is to do everything possible to make London a franchise ready NFL market and we feel very good about the position there. So we’re going to keep the momentum going with the number of games and then long-term work through the football element in terms of having a team there.’

Jaguars owner Shahid Khan attempted to purchase Wembley for £600million in 2018. Rumours of his interest in the stadium persist. When the schedule for the 2020 season – and the Wembley double-header – was announced, Khan said: ‘The ability to play two home games, back to back, at Wembley Stadium over this season will further entrench the Jaguars’ popularity in London and throughout the UK during a time when the popularity of the NFL continues to grow rapidly in Europe and elsewhere beyond the United States.’

The NFL’s announcement may mean that the Green Bay Packers, the only NFL team not to play in England, will finally visit these shores. 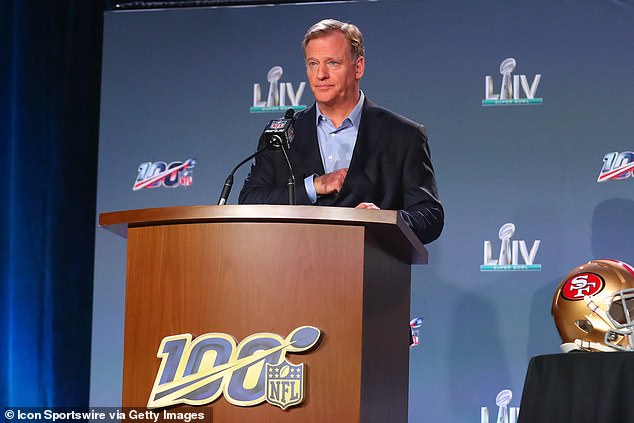 While the NFL is seldom dull, even when the season is six months away, the past week has been particularly newsworthy.

On the same conference call, the usually unforthcoming commissioner Roger Goodell said unprompted: ‘We expect to have full stadiums in the upcoming season.’

Earlier this week, the NFL rubber stamped plans for a 17-game regular season, the first significant change to their regular season schedule since 1978.

While preseason games will be cut from four to three, there will remain one bye week and the expansion will see a Monday night wild card playoff game and the Super Bowl moved back a week into the second weekend of February.

Continuing the theme of flux, Alistair Kirkwood will step down as the managing director of NFL UK after two decades in the post. Brett Gosper takes over as head of the European operation after nine years as chief of World Rugby.

The release of the NFL schedule is due to occur in May.

The biggest roster hole for every top NFL playoff contender

2020 NFL quarterback carousel: What's next for these 9 starters?