Richard Sherman has said it will likely take a miracle for him to return to the San Francisco 49ers next season because of the team’s tight salary cap situation.

Sherman is in the final year of a three-year contract he negotiated by himself with the 49ers after being released by the Seattle Seahawks in 2018.

The 32-year-old cornerback is earning nearly $14m this season, but with the salary cap possibly dropping next season because of reduced revenues from the coronavirus, keeping Sherman could prove difficult.

The 49ers have around 40 players who aren’t under contract next season, including star left tackle Trent Williams and leading linebacker Fred Warner. “If there’s some miracle that happens, then sure there’s an opening,” Sherman said. “But there’s 40 free agents and they’ll probably have $30m or less in cash.

“They’ve got to bring back Trent, who costs over $20m. They have to pay Fred, who will cost $18m-plus a year. Anybody who knows the situation understands that.”

Sherman said he’s had brief discussions with management about the future. While both sides would welcome a return, he doesn’t see how the financials would work.

49ers head coach Kyle Shanahan said last week he hopes the team can find a way to keep Sherman – even if only a long shot. 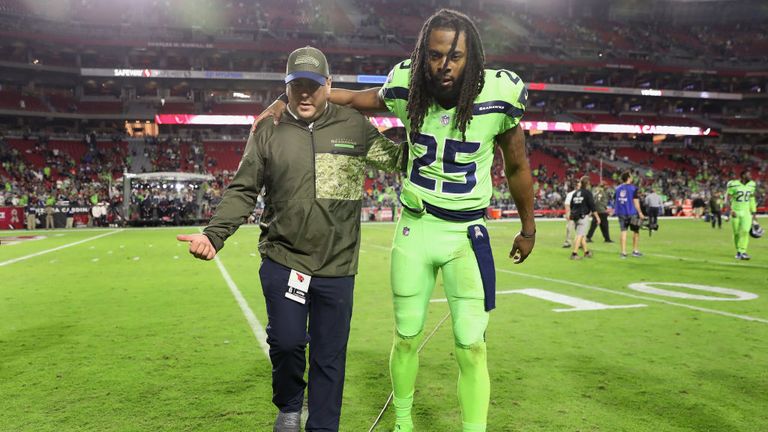 “Sherm’s a guy that I know I personally, and I know [general manager] John [Lynch] feels the same [that] we want on our team at all times,” Shanahan said. “Sherm’s a guy that when he does get older and he does descend, he’s such a good football player, he finds a way.

“I understand his contract issue this year. I understand there’s a number of guys on our team with that this year, but whoever can help us win football games, our guys are trying to figure out how to bring [them] back, especially guys who do it the right way.

“Sherm is as good as anyone in those categories. In his time here, he’s been everything we’ve hoped and more. And I really hope that these next whatever games we have left, I really hope that’s not the end of it.” 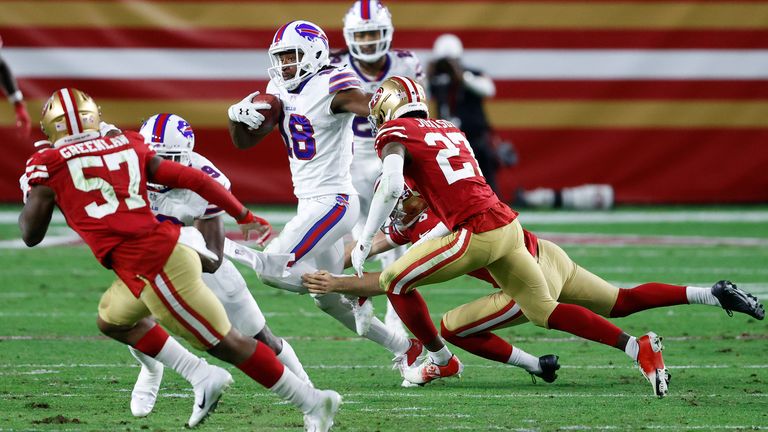 Sherman has performed well after being cut by Seattle following a season-ending Achilles injury in 2017. He started 14 games his first season with the Niners but showed some rust returning from the injury.

In 2019, Sherman had three interceptions and 11 passes defensed in being named second-team All-Pro and helping the 49ers reach Super Bowl LIV, which they lost to the Kansas City Chiefs.

Sherman has been hampered by injuries this season. He hurt his calf in Week One and missed the next nine games. He had an interception in his first game back on November 29 against the Rams, but struggled in coverage last week in a 34-24 loss to the Buffalo Bills.

The 49ers currently have a 5-7 record this season and likely need to win all of their final three games to earn a playoff spot.

Sky Sports NFL is your dedicated channel for NFL coverage through the season – featuring a host of NFL Network programming, a new weekly preview show as well as at least five games a week and NFL RedZone, you won’t miss a moment. Don’t forget to follow us on skysports.com/nfl, our Twitter account @SkySportsNFL & Sky Sports – on the go!