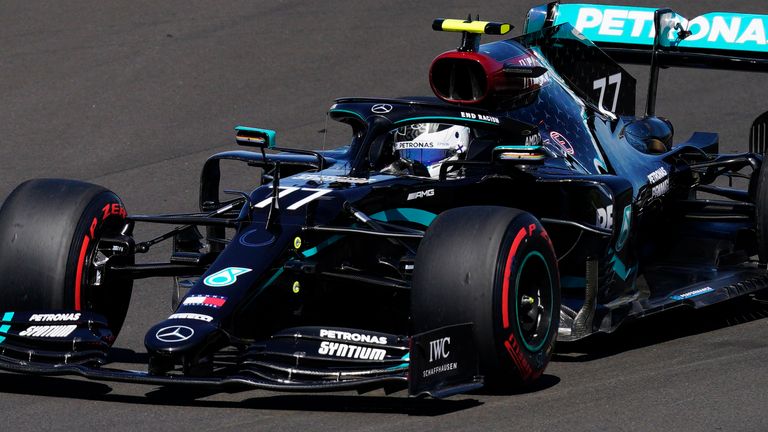 Valtteri Bottas snatched pole position from Lewis Hamilton with a superb final lap as the Finn wrestled back some much-needed championship momentum ahead of F1’s 70th Anniversary GP.

In an all-Mercedes battle, Hamilton and Bottas traded fastest times throughout the hour-long qualifying session but just as it seemed the six-time world champion was destined for an eighth Silverstone pole, his team-mate stormed through.

Bottas set the pace with a 1:25.154, just six hundredths of a second ahead of Hamilton, who won last weekend’s British GP at the same track to open up a 30-point title lead.