F1 preview: A lap of the Hungarian Grand Prix

Charles Leclerc swore over team radio as Nicholas Latifi shocked by topping the timesheets in FP3. The Ferrari star appeared shocked by the result after he was pipped to the fastest time in the closing stages of the session.

Latifi was the last car across the line at the end of a wet/dry session, beating Leclerc by over half a second. Speaking on team radio, Leclerc said: “What was the lap time of Latifi?

His engineer simply responded that Latifi had set a “’41.5” on his last lap. Stunned, Leclerc replied: “F**k! Inters as well?”

Latifi’s fastest lap was greeted by rapturous applause from the fans while the Williams garage beamed in surprise. Moments later, Latifi added: “I was wondering if that clapping was for me.”

Williams boss Jost Capito was spotted grinning on the pitwall after an excellent performance in the changeable conditions. To top off a great session for Williams, Alex Albon was third fastest on his final run. 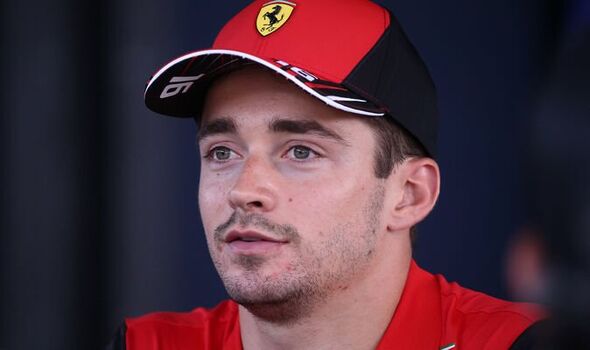 Leclerc was pleased after Friday practice as he hailed a “productive day” for the team. He suggested the team had spent a lot of time looking at their wet-weather set-up with downpours predicted to strike in qualifying.

He revealed Ferrari had therefore used the two sessions as a “test day” to try a range of new ideas.

Leclerc added: ““It’s difficult, but today was a good day to test a few things as conditions were very stable throughout the day. And we definitely managed to take out a couple of doubts with the direction to follow throughout the weekend and yes, I think it was a very interesting Friday. Let’s call it a test day, no?” 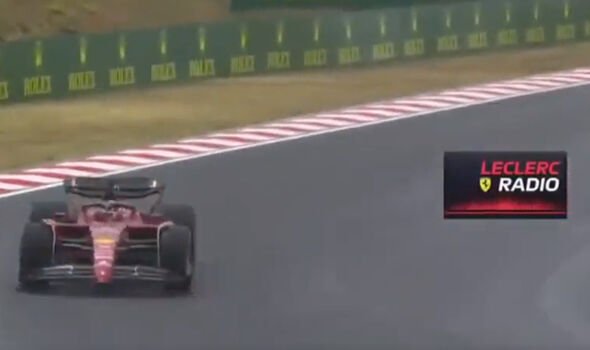 It’s an important weekend for Leclerc to bounce back after his horror shunt at the French Grand Prix. The Monegasque was leading the race comfortably before dipping a wheel on the white line and spinning off. The accident threw away Leclerc’s opportunity to close the gap on Max Verstappen to just 30 points.

Instead, the Red Bull star heads to the Hungaroring with a 63-point advantage with just one race to go before the summer break.

However, Ferrari boss Mattia Binotto revealed Leclerc is already over the French GP nightmare and predicted he could be successful this weekend. He commented: “Charles went home soon after and stayed home really, tried to relax and focus on Hungary.

“He is back, I think he really wants to do well. He has already turned the page with regard to Paul Ricard.”

Formula One: Schumacher says Mazepin wants to beat him 'at any cost"