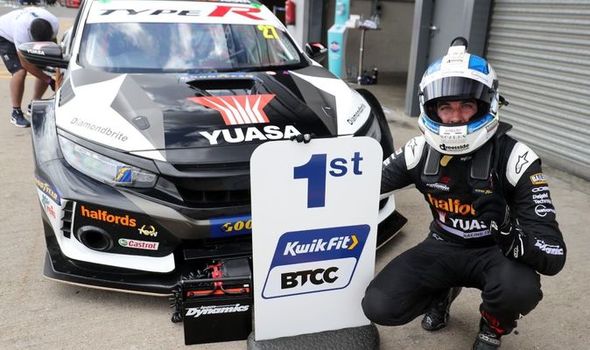 Dan Cammish cannot wait to get his hands on the new BTCC video game and believes it could alter how supporters view the UK’s premier motorsport series. The Team Dynamics star has been a vocal campaigner for a new release over the past year, having been a fan of the iconic TOCA Touring Cars series from the 1990s.

That perseverance has paid off with the BTCC recently unveiling a long-term partnership with Motorsport Games to produce a video game and esports series, scheduled for release in 2022.

This will be the first game to feature the BTCC as a complete championship since TOCA Race Driver in 2002, with Series Director Alan Gow previously refusing to sanction a deal until all teams, drivers and tracks could be included.

Cammish is one of several stars on the current grid who are keen to see how the development progresses, and the Halfords Yuasa Racing ace believes the fanbase are in for a real treat once the game is finished.

Speaking to Express Sport prior to the first round of the season at Donington Park last weekend, Cammish said: “I sort of brought to Alan Gow’s attention how far the industry had moved on and what was possible.

“I don’t think he was quite aware of some of the things that could be done now, and certainly how quickly things can be done when it comes to content.

“It could completely change the fans’ involvement in the series. It’s great how it’s been picked up and turned into a full-blown game with an eSports series off the back of it.

“I’m sure I’ll take part in some of it and do my best to be involved going forward, and I’m sure some of the other drivers will as well.

“It’s going to bring a whole new dynamic to the series. The world’s moved on a lot since the TOCA 2 days of 1998.

“From what I saw in those early meetings of what they can do now, and how quickly they can turn it around, you could pretty much have a race at the weekend and then the week after see that in the game as a downloadable package where you play out the real thing which happened.

With the coronavirus crisis putting all real-world racing on hold for several months, Cammish turned his attention to eSports as the games industry took off in lockdown.

However, the Yorkshire-born driver took a while to get fully kitted out with all of his simulation gear and found himself struggling to keep up with some of the professional gamers.

“I got involved in the sim stuff quite late on,” he said. “I actually got sponsored by a company called RaceRoom who do a lot of the software and they helped me out, got me a sim and got me going.

“It’s incredibly competitive. It’s easily as competitive as what goes on out there on the track. Some guys are so good, and like real racing it sometimes doesn’t matter how good your kit is – it’s the person behind the wheel.

“Quite often I found myself still getting frustrated when I’m down in 12th on the grid and I’m like ‘how are these guys doing it?!’. 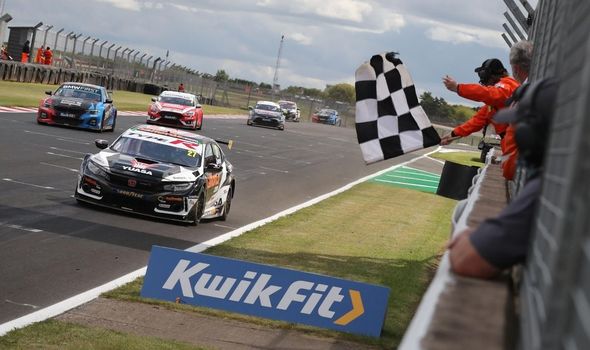 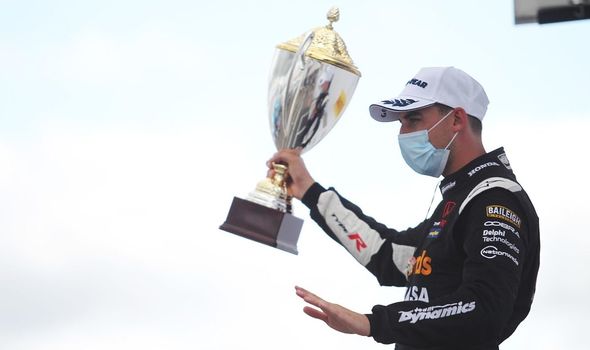 “It’s good fun, a good activity and I’ve enjoyed being part of it. But what we did find over lockdown is that it’s never going to overtake the real thing. There was a point where people thought ‘could this start stealing an audience?’ but I don’t think it can.”

The eSports racing served as a good distraction for Cammish following a heartbreaking end to the 2019 campaign where his title aspirations were dashed by a brake failure in the final round of the season.

“When I got out the car at the end of last season I didn’t want to see it again for quite a while,” he said.

“I was quite glad to get away from the track and forget about it for a while, or at least try to. Obviously that doesn’t last very long.

“In the thick of the season we’re always saying ‘I’m looking forward to a break’ but when that break comes, after two weeks off you’re itching to get back at it. That’s just part of being a driver, and I’m sure the team is the same. You live for motorsport.”

Cammish bounced back in perfect style during the opening round of this season, converting second on the grid into a Race 1 victory after his mechanics produced a stellar effort to change the differential on his Honda Civic Type R just 20 minutes before qualifying.

The 31-year-old then banked two more solid points hauls to sit second in the Drivers’ Championship ahead of this weekend’s action at Brands Hatch.

The BTCC returns for Rounds 4, 5 and 6 at Brands Hatch today, with ITV4 coverage starting from 10.20am. Catch up with all the action so far this season on BTCC.net.