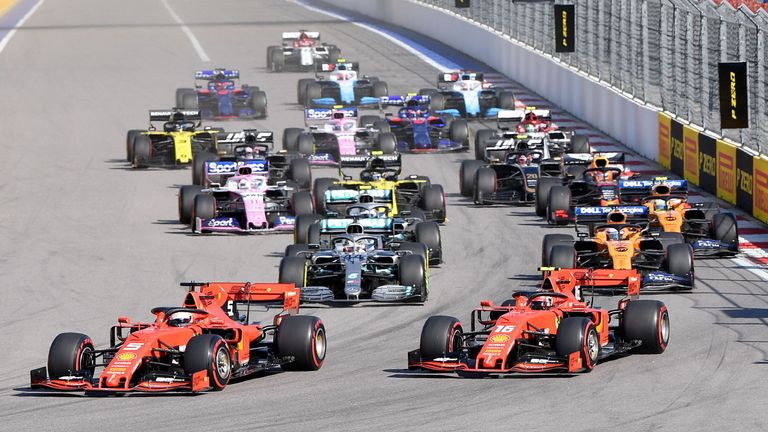 Sixteen down, five to go. F1 2019 is fast reaching its final stretch, meaning time is running out for drivers to establish superiority over their team-mates in some of the key battlegrounds for this season – if, that is, it hasn’t already.

F1 heads to Suzuka with increased focused on the battle at Ferrari after the controversy of Sochi, with Charles Leclerc looking to extend his qualifying superiority over Sebastian Vettel to an astonishing 10 consecutive races.

Have a look at the numbers below – with a driver awarded a point for finishing ahead of their team-mate in qualifying and the race.

Lewis Hamilton may be at least a couple more weeks away from wrapping up 2019’s world championship ahead of Valtteri Bottas, but he has already settled the Mercedes qualifying and race head-to-heads for this season.

Although Mercedes may not have achieved a pole position for five races – meaning the team-mates remain tied on four poles apiece for 2019 – Hamilton hasn’t been outqualified by Bottas in the four events since the summer break. In fact, the race-day mistake at Monza which dropped Hamilton to third behind the Finn represented the only time he hasn’t increased his championship lead over Bottas since late June. The biggest mid-season turn around at any team this year sees Charles Leclerc on course to become just the second team-mate to outscore four-time champion Sebastian Vettel over a full F1 season. Having qualified as the lead Ferrari for the nine races since Vettel’s pole in Canada, Leclerc has turned what was a 1-6 Saturday deficit to Vettel into a 10-6 lead.

Leclerc is now able to secure 2019 qualifying ‘victory’ over the German at Suzuka. The 21-year-old has started the last four races on pole position and has secured a grid-best six in total this year. Vettel has still finished ahead more often on race day, even though Leclerc has scored more points, with the Ferrari pit wall certainly kept busy over the radio with the drivers regularly running in close company.

Max Verstappen has led Red Bull’s challenge all season, delivering their six podiums – including those two memorable victories in Austria and Germany. Alex Albon has stepped into Pierre Gasly’s seat since Belgium and made a solid start to life at a top F1 team, with four consecutive top-six race finishes. After a tricky Spa and Monza, Verstappen’s last two results are third and fourth to keep him in the fight with the Ferraris for third in the Drivers’ Championship.

Grid penalties and then Albon’s Q1 crash in Russia means Singapore is the only time the new team-mates have reached Q3 together so far – and Verstappen qualified ahead by 0.6 seconds on a circuit Albon had never previously driven.

The fast and youthful Carlos Sainz-Lando Norris partnership has helped energise McLaren in 2019 and the team-mates-turned-friends have been closely-matched on track all season. Norris has impressively led the Saturday score from the start in his eye-catching rookie campaign, but Sainz closed to within two with the sixth-fastest time in Sochi Q3.

While retirements and misfortune have sometimes skewed the race-day picture, costing them both more points, Sainz’s greater experience is telling a little more with the Spaniard already achieving more points than any other season in F1 and in the mix for sixth in the Drivers’ Championship. 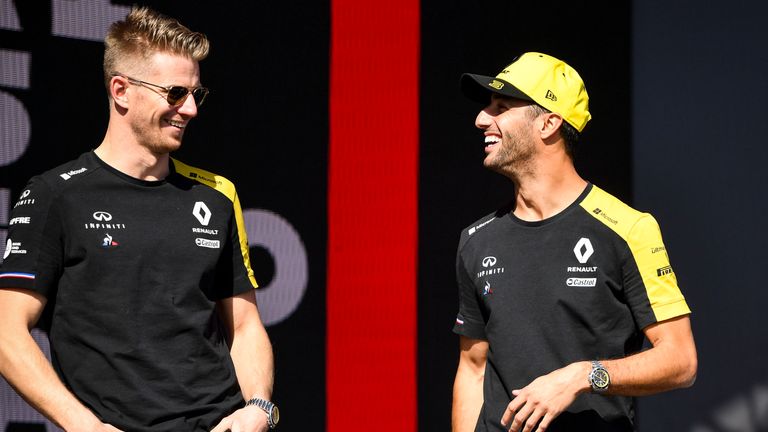 Although Daniel Ricciardo is on the verge of sealing this qualifying head-to-head for 2019, he is locked on points with Nico Hulkenberg in what will prove their sole season as Renault team-mates.

Ricciardo has scored Renault’s highest qualifying and race results – fourth on the grid in Canada and then fourth at the chequered flag at Monza – but Hulkenberg has finished in the points on three more occasions, including all four races since learning he had lost his seat for 2020. Ricciardo did qualify eighth in Singapore but was sent to the back for a technical infringement, essentially ending what had been a promising weekend up to then.

* Ricciardo qualified ahead in Singapore but his car was later disqualified, so no score is awarded
**both drivers failed to finish in Bahrain and Germany, so no scores are awarded

Irrespective of who has been Daniil Kvyat’s team-mate at Toro Rosso this year, a competitive driver battle has helped the team to what currently stands as sixth place in the Constructors’ Championship.

Kvyat shaded Albon in qualifying, but the returning Gasly has narrowly had the upper hand on the Russian so far, although there is nothing to choose on points since the summer break. Of course, Kvyat’s podium finish from Germany is almost certain to remain as by far the standout result of Toro Rosso’s 2019.

Sergio Perez had found himself behind Lance Stroll on points at the summer break, but a run of three top-seven finishes in the four races since then has lifted the Mexican back into more familiar territory at Racing Point.

While the qualifying head-to-head remains distinctly one-sided, Stroll has become a more of regular Q2 as the season has worn on and would almost certainly had added to his points haul at Monza had he not encountered Sebastian Vettel at the Ascari chicane. 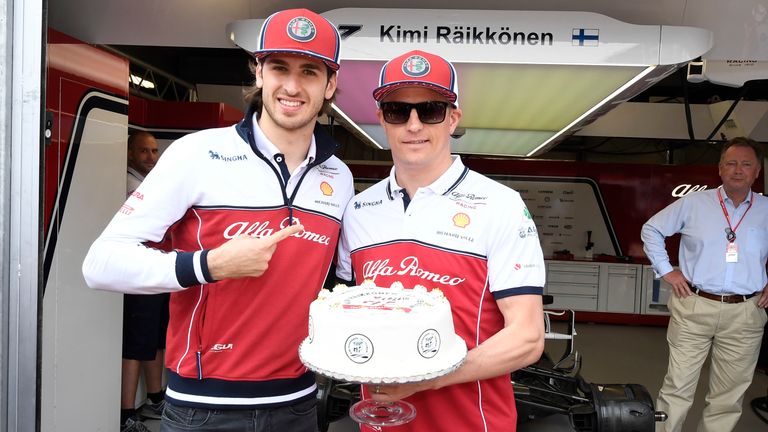 Still, the veteran Raikkonen has still secured a whopping 89 per cent of Alfa Romeo’s points in 2019 and their only top-seven qualifying and race results.

When Haas qualified sixth and seventh at the Melbourne season-opener, it would have been hard to envisage that the team’s season would pan out like this – with both Kevin Magnussen and Romain Grosjean rarely featuring among the Sunday points scorers since then.

Q3 appearances haven’t completely escaped the team – with both drivers featuring seven times – but the car’s race-day tyres struggles have so often undone that good work, with several costly collisions earlier in the year not helping matters at Haas. But it’s Magnussen who remains on course to finish the season as their lead runner.

*both drivers failed to finish in Great Britain, so no score is awarded

George Russell is still headed for 2019’s only qualifying whitewash over his team-mate, Robert Kubica, underlining the consistent and impressive way he has gone about his rookie season despite Williams’ struggles for pace at the back of the field.