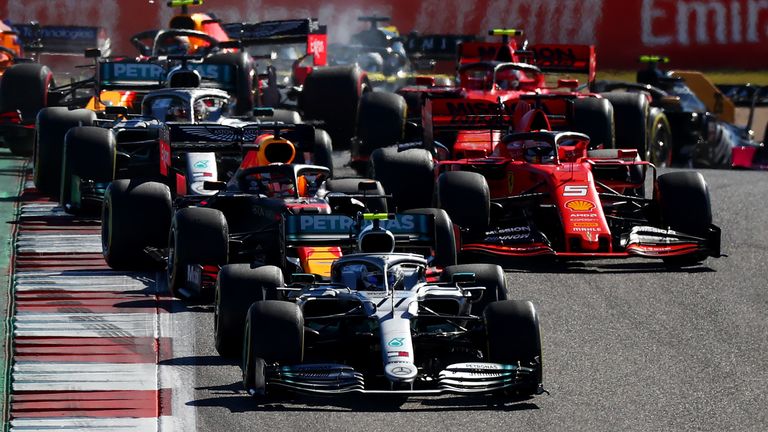 Formula 1 continues to explore its options for the remainder of the 2020 season beyond the initial eight-race calendar – with Italy’s Mugello circuit still considered the front-runner to extend the European season.

F1 has said it expects to announce the rest of the revised calendar for this year before the delayed season begins in Austria at the start of July, and confirmed last week that the sport had received “interest” from venues not on the original 2020 schedule.

Mugello, the Ferrari-owned circuit which has never previously staged a Grand Prix but hosted in-season testing in 2012, is understood to remain the most likely addition to follow the Italian GP on September 6, the final round announced so far.

“It does seem as though we will have an extension of the European season,” reported Craig Slater on The F1 Show.

“Various tracks have been mentioned. Of those tracks, I understand Mugello is probably the most serious contender to follow the Italian GP at Monza. That is looking likeliest of the circuits looking to extend the European season.” Several other circuits have been mooted as possible additional rounds too. These include Portimao, in Portugal’s Algarve, Germany’s Hockenheim and Imola, another Italian track, which has been off the calendar since 2006.

Like Mugello, Portimao has never previously staged a Grand Prix – although did host tests in 2008 and 2009.

“They are back-up options for Formula 1 if the next portion of the season proves more difficult to fill in,” added Slater.

What’s the plan beyond Europe?

Seven events on the original 2020 calendar have now been cancelled outright for this year – Australia, Netherlands, Azerbaijan, Monaco, France, Singapore and Japan – while uncertainty remains over some of the sport’s other flyaway events in Asia and the Americas.

As a result, a double-header in Russia is now under serious consideration. A back-to-back at China’s Shanghai International Circuit has also been discussed, although any such plan is understood to be dependent on Vietnam’s inaugural street race in Hanoi not taking place this year.

A decision on Vietnam’s event is expected within the next week.

F1 remains confident of piecing together a season of between 15 and 18 races, with the expectation that the campaign will conclude in December in the Middle East.

Bahrain is set to prove 2020’s penultimate destination before the season concludes in Abu Dhabi and, with unprecedented double headers already confirmed for Austria and Silverstone this summer, F1 motorsports chief Ross Brawn has said that Sakhir’s outer circuit configuration – which is nearly an oval in its layout – could be considered too if required.

“One of the nice attractions of Bahrain is it has many configurations, so we could go to Bahrain and race on two different tracks there,” Brawn told the official F1 website.