A spokesperson for the Vietnamese Grand Prix has announced that they are “actively monitoring the situation” with the coronavirus potentially threatening the event. Vietnam is this year scheduled to become the 34th country to host a Grand Prix race on the year of the 70th anniversary of the F1 season. 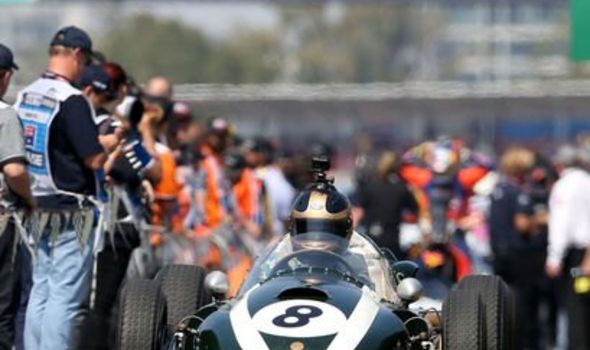 The coronavirus has forced all March events in China to be cancelled, and April’s Chinese Grand Prix could follow.

And with Vietnamese capital city Hanoi being close to the China-Vietnam border, it could also call into question the Vietnamese Grand Prix which is scheduled to take place two weeks before the event in China.

The first edition of the Vietnamese Grand Prix is planned for April 5, and for now it is not expected to be called off, but if the virus continues to affect China’s surrounding countries the F1 panel will have a decision to make.

“We are actively monitoring the situation as it develops. For now, we don’t anticipate any significant impact on our April event,” a spokesperson said.

“We will continue to work with our relevant authorities to closely monitor the situation.”

A recent outbreak of the coronavirus in China has left 567 dead and over 28,000 infected with what Chinese President Xi Jinping calls a “devil virus” – a virus which has spread to several other countries including neighbouring Vietnam.

Vietnam has today confirmed two new cases of the coronavirus, bringing the total cases in the country to 12.

It means that the Grand Prix in Hanoi could follow suit of the Chinese Grand Prix in Shanghai, which is already in serious danger of being cancelled.

F1 motorsport chief Ross Brawn remains optimistic the event in China could still go ahead, but admitted the situation was “very difficult.”

“China is an enthusiastic, growing market, so we’d like to have a race in China,” said F1 motorsport boss Ross Brawn.

“We will just try to find a window of when the race could happen towards the end of the year.

“It looks very difficult. We’re waiting for the Chinese promoter and authorities to make the final decision, which I think they will.

“They have cancelled all the public events in March, so there will no public sporting events or activities.

“It is a tragic and very difficult situation. It’ll become clear in the next week or two what’s going to happen.”

The coronavirus looks set to rain on the Grand Prix parade in Asia this year, with the Chinese and now the Vietnamese events under serious consideration from the F1 panel.

Portuguese Grand Prix: When is it, how can I watch it and UK start time?