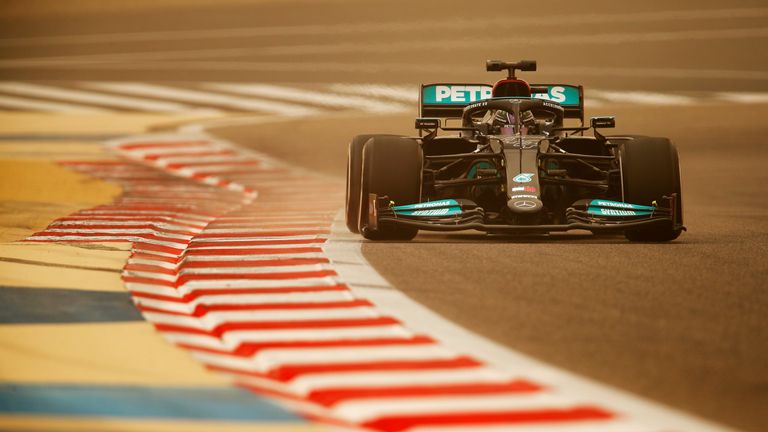 At the start of F1’s shortened three-day track build-up to the new season, which also begins in Bahrain in two weeks’ time, Red Bull completed the most laps and claimed the fastest time with Verstappen on an impressive full debut for their RB16B car.

But it was a different story for world champions Mercedes, the usual standard-bearers for out-of-the-box running in testing.

Mercedes ran into a gearbox problem after their new W12’s very first lap – an issue that team boss Toto Wolff said “came out of nowhere” – and were confined to the garage for three hours while the unit was changed by mechanics.

Valtteri Bottas ended up completing only six laps in the morning session before handing over the car for team-mate Lewis Hamilton’s debut in the car after the lunch break. Hamilton was able to rack up 42 laps but the car’s handling appeared difficult amid already challenging slippery track conditions.

Hamilton finished ninth on the timesheet and, although lap times count for little at this early stage of testing in particular with teams running to different programmes, Mercedes’ overall lap count of 46 is a far cry from recent seasons when they have regularly topped 150 laps with their new cars on day one of testing.

Gusty conditions from the morning led to an afternoon sand storm, with drivers struggling for grip in the early stages of the second session in particular. 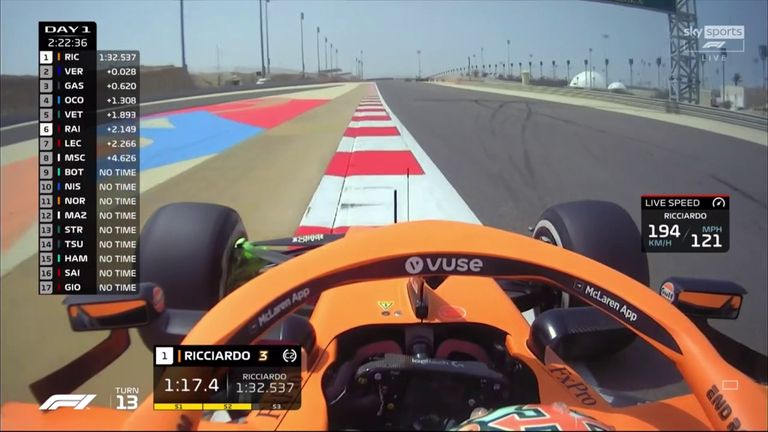 Like Red Bull, McLaren enjoyed a promising start to 2021 on their first full day of testing with their new Mercedes engine.

New signing Daniel Ricciardo topped the morning session in the MCL35M before Norris took second place on the overall timesheet to Verstappen, just two tenths adrift of Verstappen on the same C3 tyres.

Esteban Ocon, like Verstappen, completed the full test day for the new-look Alpine team and completed 129 laps en-route to a solid third place.

Lance Stroll was fourth for Aston Martin, another team rebranded significantly over the winter, after new team-mate Sebastian Vettel had driven the AMR21 for 51 laps during the morning.