F1 preview: A lap of the Belgian Grand Prix

Fernando Alonso was spotted gesticulating at Lewis Hamilton moments after their crash at the Belgian Grand Prix. The Spaniard was caught on camera wagging his finger at the stricken Mercedes parked on the outside of Blanchimont corner.

The pair made contact after Hamilton attempted to sweep around the outside to take second at Les Combes. However, the Mercedes star mistimed his corner entry and slammed into the side of the Alpine.

Alonso’s front wing struck Hamilton’s rear right tyre which propelled him into the air. Hamilton’s race engineer told him to park the car just half a lap later to record his first retirement of the season.

Alonso’s hand-wagging moment came minutes after Alonso launched an angry tirade at Hamilton after the two came together. Speaking on team radio, Alonso said: “Yeah, what an idiot! Closing the door from the outside. 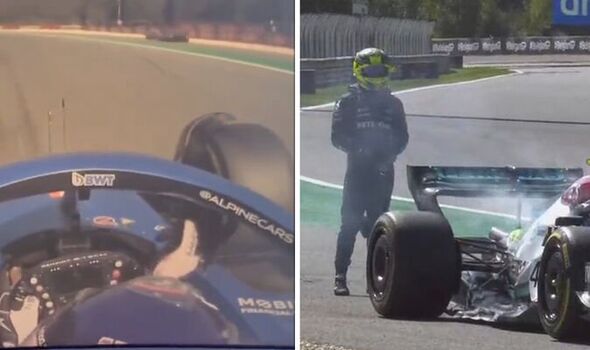 “I mean, we had a mega start but this guy only knows how to drive and start in first.” Hamilton took responsibility for the crash after the race but appeared to be frustrated at Alonso’s comments.

The seven-time champion even claimed he had no intention to discuss the accident with Alonso ahead of the Dutch Grand Prix next weekend. He explained: “I don’t really have a response to it. I know that’s how things feel in the heat the moment.

“But it’s nice to know how he feels about me in a way, better that it’s out in the open, how he feels. Like I said, it wasn’t intentional and I take responsibility for it. That’s what adults do.” 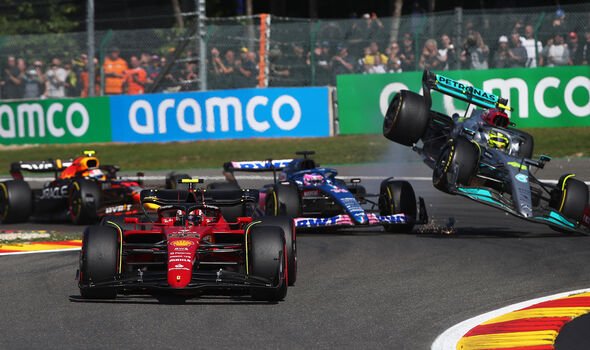 Alonso was shocked Hamilton had accepted blame for the accident when speaking to the media. The double world champion admitted he was “frustrated in that moment” but appeared more reserved after the race.

He commented: “I mean, I was surprised, and for sure he now saw the incident and he takes the responsibility, which is obviously very nice from him. It was a lap one incident, nothing really to say there. The stewards, they didn’t say anything because these things happen, especially in that corner.”