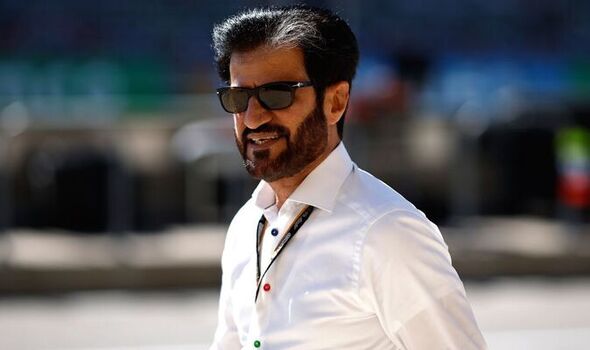 Ben Sulayem has joined the duo in condemning messages on social media. He revealed that steward Silvia Bellot had received death threats online.

“It is utterly deplorable that a volunteer such as Silvia or any of our marshals and officials, who volunteer their time to allow us to go racing, is the subject of such hatred. Indeed a number of FIA staff have also been targeted with harassment and hate posts over the past few years,” Ben Sulayem wrote in a column for Motorsport.com.

JUST IN: Hamilton parties until 2.30am and plays DJ set with Diplo in Las Vegas

“It is totally unacceptable that our volunteers, officials and employees are subjected to this extreme abuse. It has no place in our sport. It has a devastating effect on our mental health and that of our loved ones.

“I will always stand up for my staff and volunteers. And let me be clear – without these people there would be no racing.

“We have to ask ourselves, who would want to pursue becoming a top official in this environment? The reality is obvious – if this continues it will destroy our sport.”

Mercedes driver Hamilton recently urged people to come off social media, telling journalists in October: “Social media is getting more and more toxic as the years go on and I think we should all come off it ultimately.

“Mental health is such a prominent thing right now. So many people are reading the comments and the stuff people say, and it is hurtful.

“Fortunately, I don’t read the stuff but the media platforms need to do more to protect people, particularly young kids and women, but at the moment they are not doing that so I think this will just continue.”

It came after Verstappen had accused Sky reporter Kravitz of fuelling social media hate by claiming Hamilton had been “robbed” of the 2021 championship – which the Dutchman controversially won.

“You cannot live in the past and you have to move on,” Verstappen said, having boycotted Sky’s coverage at the Mexico City Grand Prix. “Social media is a very toxic place and if you are constantly being like that live on TV then you are making it worse instead of trying to make it better.”