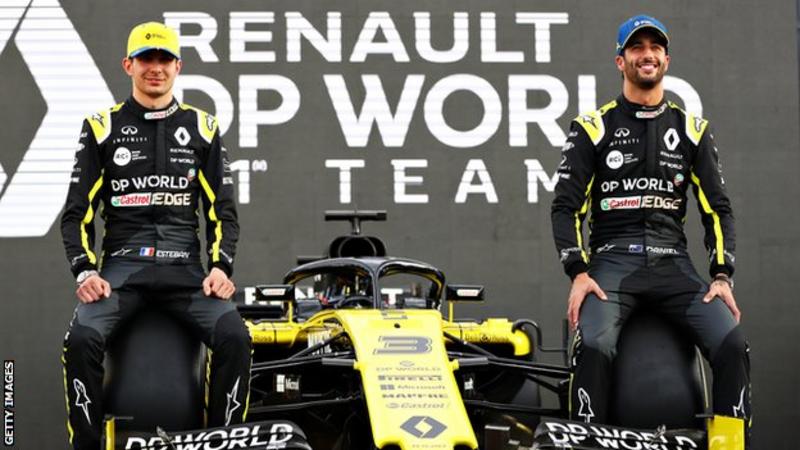 The boss of Renault says the French car company will stay in Formula 1 beyond the end of this season.

The announcement comes as Renault cut 15,000 jobs as part of a cost-saving plan because of plunging sales caused by the coronavirus pandemic.

Interim chief executive Clotilde Delbos said: “We confirm that we intend to stay in F1. We are here and we stay.”

Delbos said the introduction of a cap on teams’ budgets from 2021 had been an important part of their decision.

“The new regulations, new cap in term of investments,” she said, “because we had less investment than some of our competitors who are spending a lot of money.”

Renault has a smaller operation than top teams Mercedes, Ferrari and Red Bull and sees the cap as an opportunity to return to competitiveness.

Delbos last year announced a major review of Renault’s entire operations following her replacement of former boss Carlos Ghosn, who is in exile in Lebanon after escaping from Japan where he was facing financial misconduct charges.

Renault returned to F1 in 2016 and had been climbing progressively up the championship until they slipped one place to fifth last year, at the same time as the internal review was announced.

Earlier this month, the team discovered lead driver Daniel Ricciardo was leaving at the end of 2020 to join McLaren.

The Australian was signed on a two-year deal for 2019 and 2020 worth more than $50m and had been emblematic of Renault’s ambition to return to title-winning form.

Double world champion Fernando Alonso is considered the favourite to replace Ricciardo after two years away from the sport.

Ferrari driver Sebastian Vettel, who is leaving the Italian team at the end of this season after not being offered a new contract, is another leading candidate.