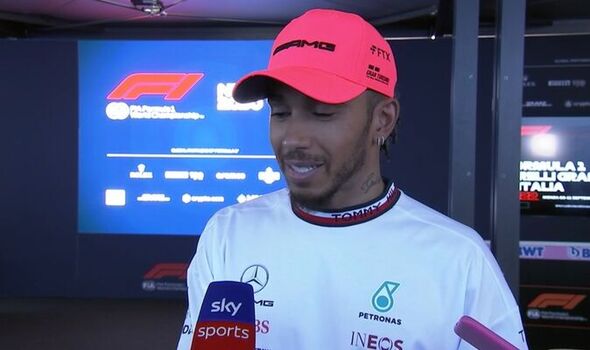 Lewis Hamilton could not help himself from aiming a thinly-veiled dig at the FIA and Max Verstappen after the Italian Grand Prix was forced to end under the safety car following Daniel Ricciardo’s late retirement. Verstappen managed to clinch yet another victory to move closer to sealing this year’s Drivers’ Championship crown but was able to cruise over the line unopposed, with the safety car remaining on track until the chequered flag after Ricciardo pulled up at the side of the circuit with an engine failure.

The situation at Monza led many onlookers to draw comparisons with the FIA’s controversial handling of last year’s Abu Dhabi Grand Prix, where Verstappen overtook Hamilton after a final-lap safety car restart in which the rules were not applied correctly by former race director Michael Masi. Hamilton, who managed to secure a fifth-placed finish on Sunday, alluded to last year’s incident in Abu Dhabi when reflecting on the closing stages of the Italian Grand Prix during a post-race interview with Sky Sports.

“It always bring memories back,” said Hamilton. “That is the rule that it should be, right? So only one time, in the history of the sport, that they haven’t done the rule.”

For the latest news and breaking news visit: /sport