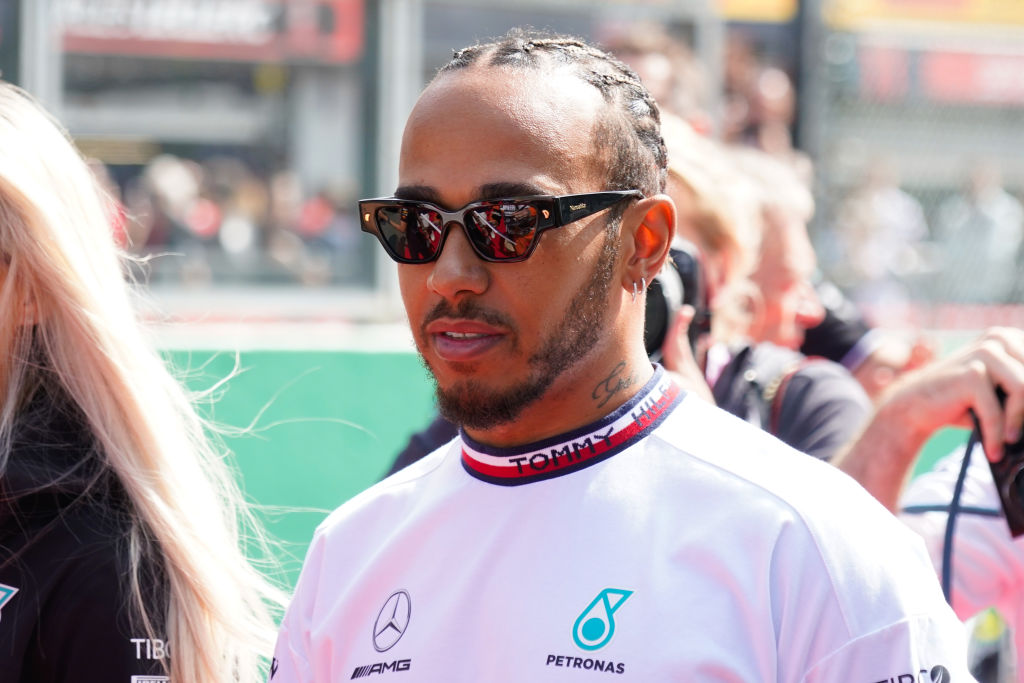 Lewis Hamilton aimed a subtle dig at Fernando Alonso after the Spaniard called him an ‘idiot’ for their first-lap collision at the Belgian Grand Prix.

Hamilton, starting behind Alonso, saw his race come to an early end when he was told ‘stop, stop, stop’ by his Mercedes team after colliding with the Alphine driver.

The duo both made a strong start by surging past Sergio Perez but Hamilton wanted to go one better by slipping past Alonso.

The Spaniard successfully blocked off the move but that didn’t stop the Englishman attempting the takeover.

Hamilton clipped Alonso’s front left tyre, which sent his Mercedes car flying into the air and over the top of his former McLaren team-mate.

The 37-year-old tried to continue but smoke was coming from his car and he was informed over the team radio to stop, bringing his race to an end.

Alonso was able to continue but he was far from happy with Hamilton, taking to his team radio to blast the seven-time champion.

Fernando Alonso was NOT happy with Lewis Hamilton as they collide on the opening lap ð¡ pic.twitter.com/D2GgCXrBHI

‘What an idiot!’ Alonso said on radio. ‘Closing the door from the outside. I mean, we had a mega start but this guy only knows how to drive and start in first.’

Hamilton has now hit back at the comments and implied that Alonso’s behaviour was childish by insisting that he would ‘take responsibility’ for the incident because ‘that’s what adults do’.

The Mercedes driver said that it was ‘nice to know how he feels about me’ and when quizzed on if he would reach out to Alonso to discuss the incident, he added: ‘No. I would have until I heard what he said.

‘It doesn’t really matter what he said, I don’t really care. Like I said, it was my fault; I couldn’t see him, actually – he was right in my blind spot.’

Hamilton says title fight with Verstappen is not his most difficult