Lewis Hamilton ended months of speculation about where his future lay by agreeing a one-year contract with Mercedes. The new deal will take the 36-year-old up until the end of the 2021 season, raising some eyebrows about the Brit’s long-term future in Formula One.

Mercedes have revealed the reason for only giving Lewis Hamilton a one-year contract with a reply to a fan on Instagram.

Formula One great Hamilton ended months of speculation about where his future lay by agreeing a new deal with Mercedes.

The Brit, 36, has won five of the last six world titles up for grabs with Mercedes, and will now be targeting a record eighth championship when the new season begins in March.

The new contract has raised some eyebrows though, with Hamilton only agreeing a one-year contract. 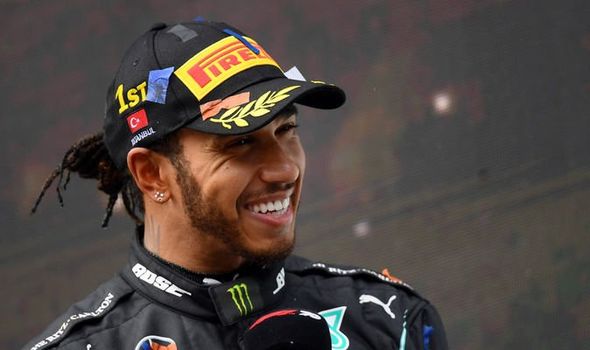 And the move has been explained by Mercedes on social media, with the team’s official mercedesamgF1 Instagram account responding to a fan who wrote, “Only a 1 year contract though.”

Mercedes replied: “Both the team and Lewis wanted the flexibility of a one year deal and to really focus on 2021.”

Contract talks had been going on for months, with Mercedes and Hamilton struggling to reach a deal despite the sport’s most successful driver breaking Michael Schumacher’s all-time win record during the 2020 campaign. 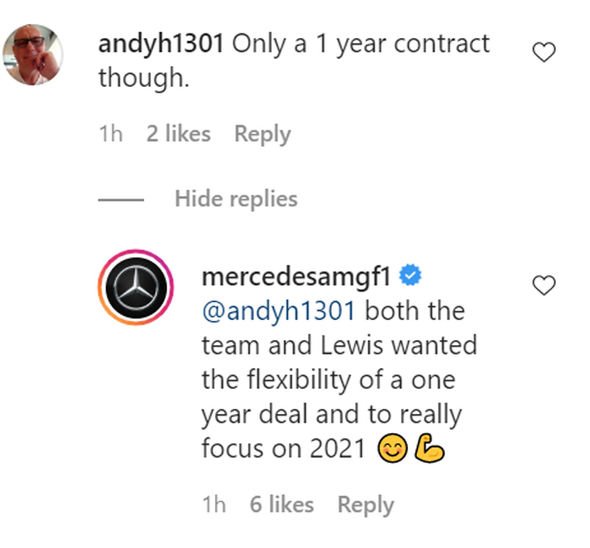 Speaking after he secured his seventh world title, he expressed a desire to continue to push for social justice and work on and off the track alongside the team.

And it seems that’s something Mercedes chiefs have promised him, as he said in a statement: “I am excited to be heading into my ninth season with my Mercedes teammates.

“Our team has achieved incredible things together and we look forward to building on our success even further, while continuously looking to improve, both on and off the track.

“I’m equally determined to continue the journey we started to make motorsport more diverse for future generations and I am grateful that Mercedes has been extremely supportive of my call to address this issue.

“I’m proud to say we are taking that effort further this year by launching a foundation dedicated to diversity and inclusion in the sport.

“I am inspired by all that we can build together and can’t wait to get back on the track in March.”