Hamilton will be 35 years old entering the final year of his Mercedes contract next season.

All eyes will be on the what Formula One does with the 2021 regulations and how that affects teams and drivers.

It has been suggested by several older drivers in the paddock that if the right changes aren’t made by 2021 then they could consider calling it a day.

Sergio Perez has previously threatened to quit the sport over regulation changes while Sebastian Vettel.

But there will likely be plenty of changes to the driver line-ups heading into the 2021 season with nobody signed up beyond next season.

Hamilton and Mercedes have dominated the sport for the past five years, with the British driver winning his fifth drivers’ championship last season.

A sixth is all-but sewn up for this year, moving him just one away from equalling Michael Schumacher’s all-time record of seven titles.

However, Hamilton has no plans of stopping any time soon and is hoping to enter negotiations with Mercedes over a new contract in the near future. 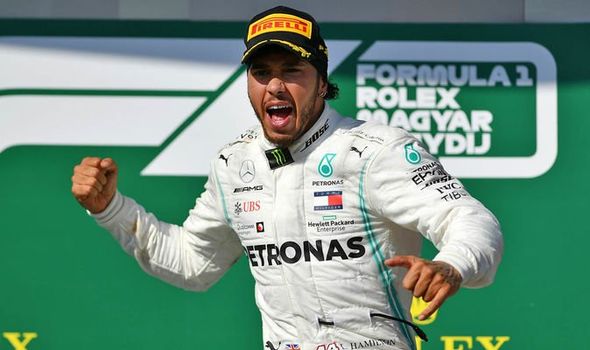 “There is a point at some stage where I’m going to have to negotiate with them again, and I hope they want to keep me,” he said.

“I just have to keep doing a good job.”

Schumacher was 35 years old when he won his seventh world title, the same age Hamilton will be if he achieves the feat in 2020.

But back in the 20th century it was a regular occurrence to see drivers in their late 30s or even 40s win F1 titles. 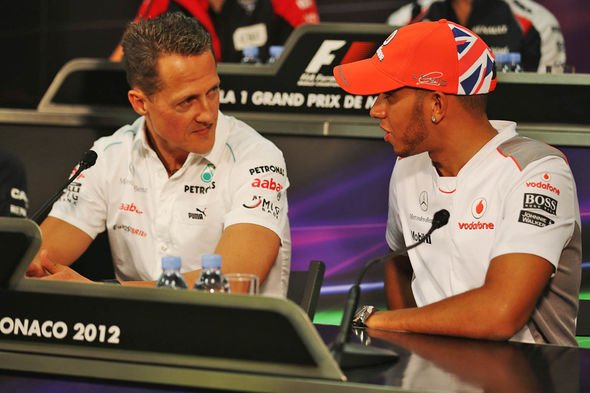 Nobody is likely to beat Juan Manuel Fangio’s record as the oldest F1 champion, being 46 years old when he won his fifth and final world title.

Hamilton will also have a long way to in order to become the oldest British champion, with Damon Hill winning at 36, Nigel Mansell at 39 and Graham Hill at 39.

But Hamilton’s declaration that he will continue beyond 2020 is evidence that he plans to keep battling for world titles into his late 30s and go toe-to-toe with the next generation of stars such as Max Verstappen and Charles Leclerc.

Lewis Hamilton on the challenge of Max Verstappen, Charles Leclerc