Lewis Hamilton has spoken emotionally about the death of George Floyd and insisted the Black Lives Matter movement must continue. The Brit has regularly called for political change by using his platform as an F1 superstar. And he’s eager to make the world better for the next generation, calling for more change across the world.

Floyd sadly died back in May, with his death leading to global protests and calls for police reform.

The Black Lives Matter has since played big role in campaigning for equality and change, with Hamilton himself giving them his endorsement.

And Hamilton, speaking to BBC Radio 4, has described Floyd’s death as ‘emotional’ and admitted it sparked him into campaigning for change.

“For me, it brought up a lot of emotion about what happened with George,” he said.

“I don’t know how it was for other kids like me who came through a council estate and had certain experiences growing up in the UK. All of a sudden there are all these things I’ve suppressed throughout my lifetime and channeled into my passions bubble to the surface.

“I could no longer stay quiet. I see there are so many great people out there, utilising their platforms to gain a voice this year.

“And I definitely wasn’t expecting that when I went into 2020. 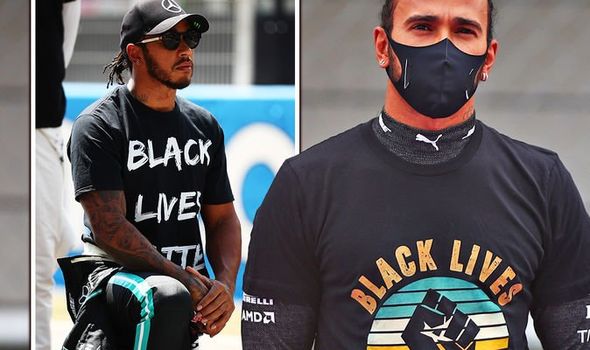 “And seeing the movement and going to London, and seeing people in all walks of life, was a moment I will never ever forgot.”

When quizzed on whether he was nervous to use his platform to connect himself to the BLM movement, he added: “I think perhaps in the past I felt for sure I had to tread carefully.

“My Dad would always tell me, right from the get-go being the only black family at these races, ‘tread carefully. Keep quiet. And just do your talking on the track’.

“I tried to speak about it when I got to F1 but, again, I was alone there. The understanding wasn’t there with a lot of people.

“I knew my family were from Grenada but my dad hadn’t really taken me through the history books of where my granddad’s roots started, where my great grandparents are from.

“It wasn’t until this year, it was a real learning year. I had to do the learning myself and discovered my grandparents were from the Windrush generation, which [makes me] even more proud of my grandparents and what they achieved. 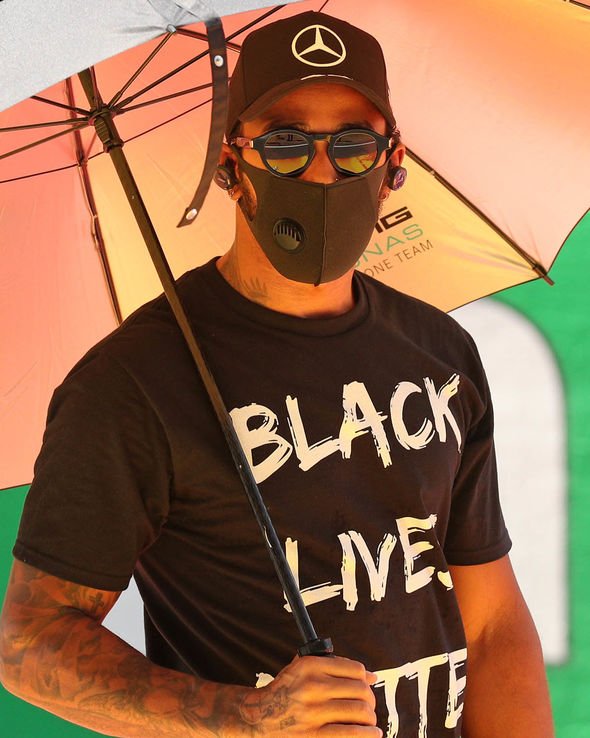 “And then doing a lot of reading and watching a lot of documentaries and realising there’s a lot of uncovering, a lot of great powerful stories out there about the impact of black people in the UK and around the world.

“But I think the curriculums need to shift and change. I look at my niece and nephew, I want them to learn about both of their sides.

“They’re mixed race. It’d be great to know where their granddad is from and black histories.”

Hamilton is happy with the protests but feels more must change.

“Who is it stopping us from progressing? I guess it’s people in power, the governments,” he said.

“What can we do? Ultimately, doing symbolic gestures is definitely a good thing and doing these movements are fantastic.

“But getting real tangible change moving forward. That’s the real challenge we continue to make.”

Earlier in the show, Hamilton spoke of his determination to help the planet’s environment – and elaborated on his Electric E involvement.

“What brought my attention to extreme E is the great place it’s going to go to,” he said.

“And raising attention to the real climate issues.

“We’ve got some challenges ahead of us, the direction we are going as a human race is not good.”