Lewis Hamilton feels a fifth Formula One title would be his proudest achievement and he wants to seal it by winning Sunday’s Mexican Grand Prix.

The Mercedes driver, who is set to equal the title tally of the late Argentine great Juan Manuel Fangio, need finish only seventh to be sure of the world championship with two races to spare.

The 33-year-old Briton won last year’s title by finishing ninth in Mexico after a collision with Ferrari rival Sebastian Vettel at the start. 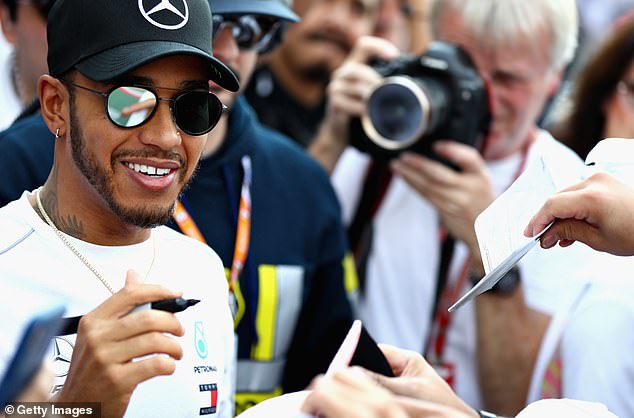 Lewis Hamilton, who is on the verge of sealing Formula One world title No 5, signs autographs

‘It’s an added bonus to an already great year when you do win the race to get the title. My goal is to try to win the race this weekend,’ he told reporters on Thursday.

‘I remember when I won my first (in 2008), one of the ex-champions had said its always harder to get the second, which it felt like it was.

‘The first one felt incredibly hard already but from then on it just got harder and harder to win a championship.’

Hamilton said the season had been one of the most enjoyable years of his career, given the challenge faced.

‘So if I were to win the title it would be one I would probably be most proud of and able to appreciate most,’ he added.

Hamilton has won nine races this season, to Vettel’s five, and is 70 points clear of the German.

Another win would be the 72nd of his career, leaving him 19 adrift of the all-time record of seven times world champion Michael Schumacher, the most successful driver in the sport.

Sunday will be Hamilton’s second chance to wrap up the season after he failed to do so in Texas last weekend by finishing third. 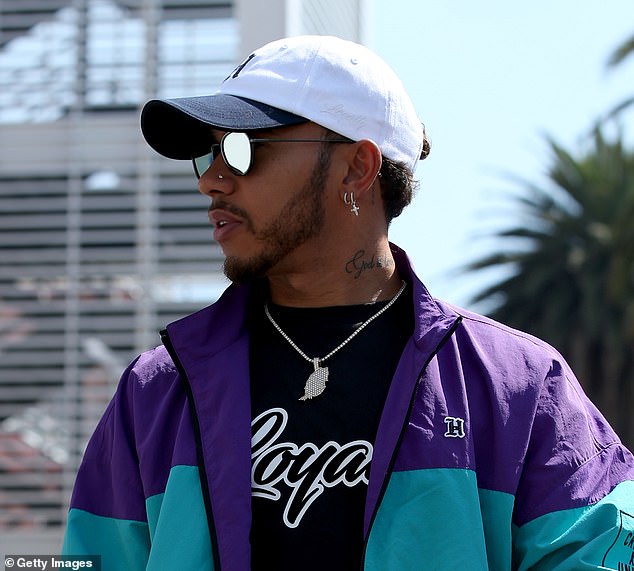 ‘In the past sitting back and watching grands prix on TV with bacon toasties in the morning, I would have wanted it to go to the end. But I’m not in that seat,’ said the reigning champion of the title battle.

‘When you’re in it and living it you just want to get it done. As long as you get it done.’

Despite that, the Briton appeared relaxed — as he had been in the United States last week.

‘It’s not my first rodeo. I’m guessing that’s just the place that I am at in my life. Being that I am a bit older and I have the experience to know what I need to do to get myself into shape, and I’m just really enjoying racing,’ he said.

Hamilton said his car had been taken apart just before the Austin race to change the water pumps and had not been re-assembled correctly.

‘They took the car apart and when they put it back together, it was imbalanced, with a massive cross-weight in the order of 50kg,’ he said.

‘If we had not had that problem, it would have been a much different race.’

Lewis Hamilton had ‘sympathy’ from stewards ahead of disqualification in Brazil

Max Verstappen says Lewis Hamilton is 'not his only threat'