Sebastian Vettel to retire from F1 at end of season

Hamilton and Vettel went toe-to-toe for the crown between 2017 and 2018 as Ferrari closed the gap to Mercedes. The battle came to its peak at the 2017 Azerbaijan Grand Prix with Vettel striking the side of Hamilton’s car on purpose.

The two battled to become the first driver to reach five world titles in the 2018 campaign before Vettel’s title bid crumbled. However, the pair have since become close off-track with Vettel consoling Hamilton after losing the title in Abu Dhabi last season.

Hamilton praised Vettel after he announced his retirement from F1 after praising his off-track campaign work. He said: “He has been one of the very, very few drivers in racing history that has stood for much more than himself. 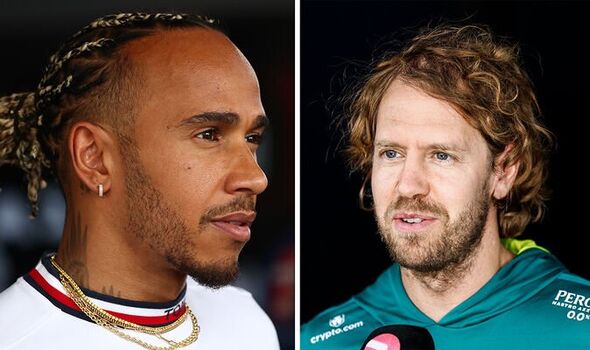 “He’s used his voice in things that I’ve fought for and stood by me, he’s taken the knee, he’s gone on his own journey and stood on the grid and fought for things that he believed in, and for the greater good. I think he’s just a really beautiful human being and I’m really grateful to have been here in a time that he was racing.”

Fernando Alonso was voted Vettel’s second biggest rival, claiming 34 per cent of the vote. The two fought for the 2012 world championship which headed to the final race in Brazil.

Vettel clinched the crown by just three points despite spinning off on the opening lap of the season-decider after a valiant comeback. His rivalry with Mark Webber was voted the next best with 27 per cent backing his battles with the Australian.

The two were team-mates as Red Bull started to gain success and often fought as they both tried to stamp their authority on the team. 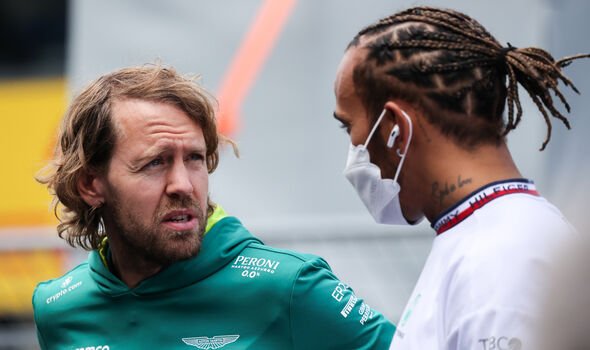 The battle blew up at the 2010 British Grand Prix after Webber became annoyed at the team’s decision to hand his new parts to Vettel after the German after a failure in practice. A couple of years later the drama continued with Vettel ignoring a team order to pass Webber for the win at the 2013 Malaysian Grand Prix.

Vettel revealed he was retiring from F1 in order to spend more time with his family.