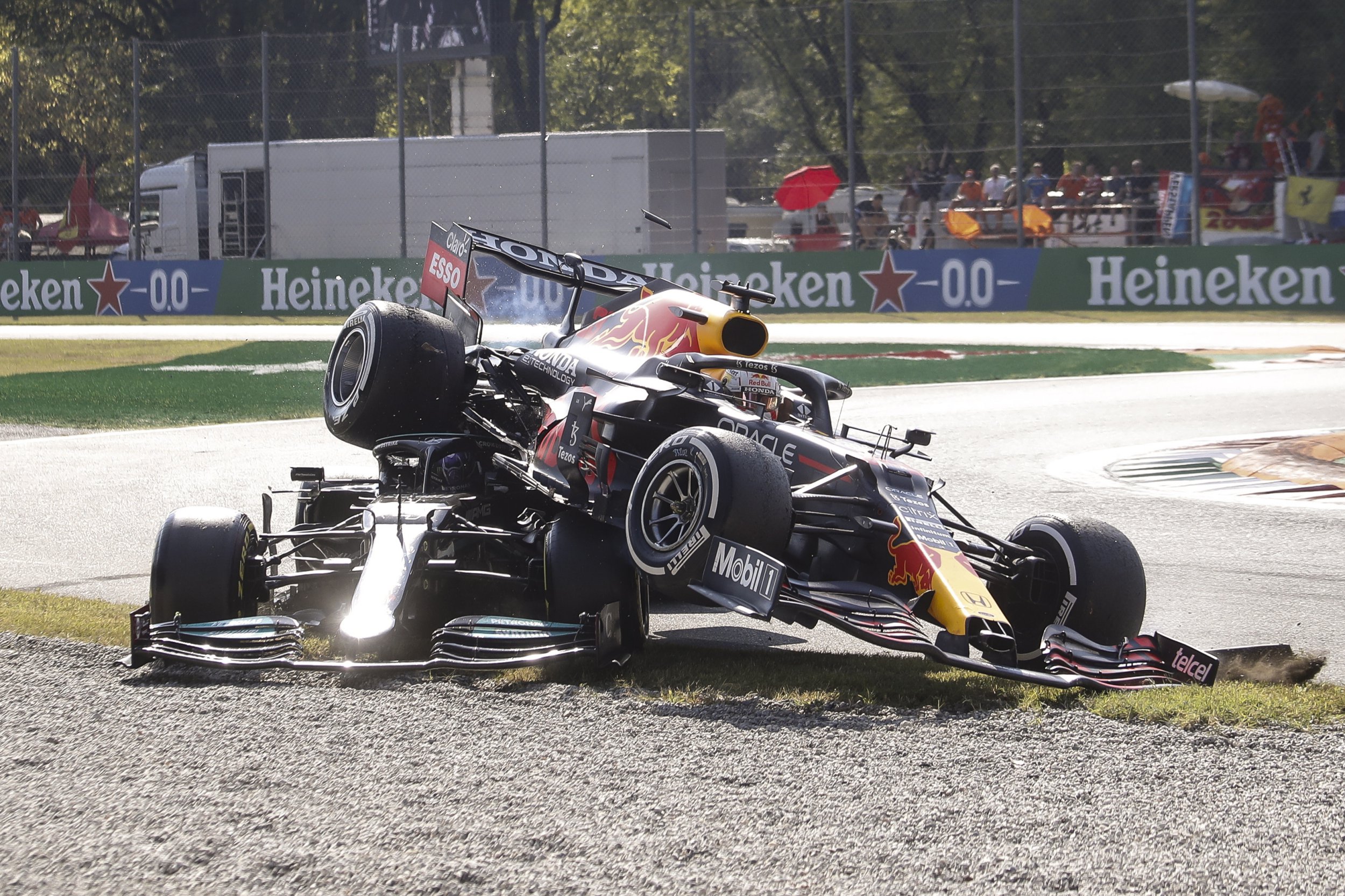 Max Verstappen raged at Lewis Hamilton over his team radio following their crash at the Italian Grand Prix on Sunday.

The pair collided on turn two of lap 26 at Monza, with Verstappen’s rear wheel going straight over Hamilton, who was protected by the halo system.

Both drivers were miraculously able to walk away unhurt after the crash as the race was briefly halted.

But Verstappen was clearly furious with Hamilton’s movement in the build up to the incident.

Over the Red Bull team radio, Verstappen snapped: ‘That’s what you get when you don’t leave the space. F****** hell.’

Earlier in the race, Hamilton vented his frustration towards Verstappen over the Mercedes team radio as he claimed his rival had ‘pushed him wide’.

Verstappen currently leads the way in the drivers’ standings but is only three points clear of second-placed Hamilton with eight races remaining.

Verstappen was second behind Daniel Ricciardo before a lengthy pit stop dropped him down to 10th place.