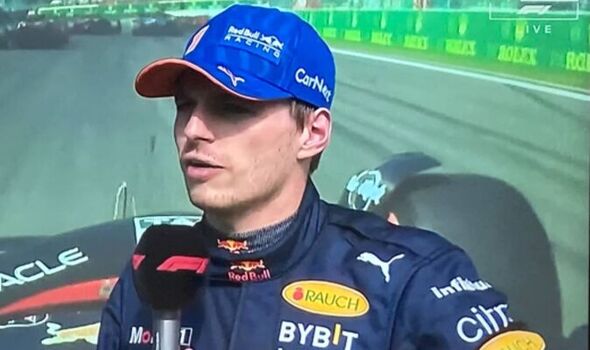 Max Verstappen has admitted he did everything to stay out of trouble as he tried to make his way through the pack in the first lap of the Belgian Grand Prix with Lewis Hamilton’s early retirement causing some issues. Verstappen started the race in 14th after being one of several drivers to take grid penalties for power unit changes.

But he was quickest on Saturday by some margin, taking pole ahead of Carlos Sainz by eight-tenths of a second. Despite his low starting position, Verstappen was always going to close down the leaders and he didn’t take long before chasing down a podium spot.

Verstappen did well to avoid being involved in any of the collisions further up the field with Hamilton being sent flying into the air after his crash with Fernando Alonso. Valtteri Bottas was also forced to retire when he was tagged by Nicholas Latifi later in the lap.

After avoiding all the mayhem, it was inevitable that the reigning F1 champion would take the lead and he never looked back. Ferrari were unable to match the pace of the Red Bull with Sergio Perez taking second.

But Carlos Sainz was able to hold off a late charge from George Russell to take the final podium spot. While Verstappen wants more races like today, he admits it could have gone awry early on if he was involved in the first-lap mayhem.

“It was quite a hectic first lap to try and stay out of trouble,” Verstappen said. “So many things were happening in front of me but once we settled in after the safety car, picked the right places to pass people and we could look after our tyres and that’s how we made our way forward.

“After that, once we were in the lead, it was all about managing everything. But this whole weekend has been incredible.” He added: “It’s been a weekend I couldn’t imagine before but I think we want more of them so we’ll keep on working hard.” 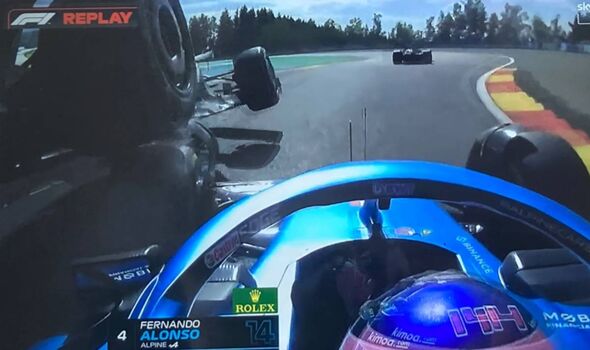 Perez was much closer to the trouble involving Hamilton and Alonso and had to take evasive action when the latter came back onto the track at the chicane. He said: “I really hoped for more today it was a good opportunity but Max was on another planet today, he was flying, he was untouchable.

“Especially the first stint was quite poor in terms of degradation but it is a strong result for the team. We managed to get a lot of points today which is important looking forward.

“It was a bit of chaos o lap one and I had a really poor start and lost key positions but managed to get them back into Turn 5.”