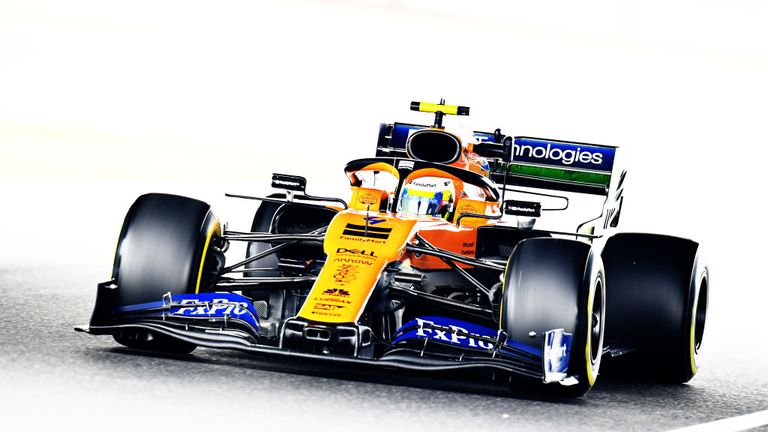 McLaren – via an ‘accidental’ announcement from Lando Norris – have revealed that they will launch their new F1 car, the MCL35, on February 13.

Norris let slip the unveil date to thousands of viewers during a comical live stream on the team’s YouTube page, after walking in on a meeting at the McLaren Technology Centre.

Cue awkward responses from those in the meeting, before the stream was swiftly ended.

That ‘leak’ from Norris (and marketing genius from McLaren) means the Woking outfit are the third team to confirm when they are revealing their new-for-2020 challenger, after Ferrari and Alpha Tauri.

Ferrari will launch their car on Tuesday, February 11, while Alpha Tauri, the team formerly known as Toro Rosso. are set for February 14.

Can McLaren kick on in 2020?
McLaren enjoyed their best season since 2014 last year, finishing fourth in a campaign which hinted that the team have the building blocks in place to return to the front of the grid in the near future.

As well as building a strong team behind the scenes, which developed a strong chassis to go with an improving Renault engine, McLaren also have two young, impressive drivers in Carlos Sainz and Norris, the 20-year-old Brit who is the youngest man on the grid.

“I think – and I can now say – that I was very happy with how I did,” Norris, speaking at the Autosport International Show, said about his rookie season.

“I did better than I thought I would do “I’m not saying that’s because it was easy at all, but just because as a team we worked so well. My engineers helped me to settle in, to get comfortable and to be able to do the best I can.”

Fourth was as much as McLaren could have hoped for last year, and they comfortably topped the midfield, but the next challenge will be much sterner as they bid to gain on the front three – Mercedes, Ferrari and Red Bull.

Max Verstappen extends Red Bull contract until the end of 2023