Mercedes may already know what to expect from George Russell if he was to team up with Lewis Hamilton in 2022, but none have more experience at seeing the young Briton up close and personal on a regular basis than Nicholas Latifi. Russell is seemingly being primed to take a seat at Mercedes in the not-too-distant future and his performance at the Sakhir Grand Prix last season only solidified his place as next in line.

The fact that Valtteri Bottas, Hamilton and Russell are all out of contract at the end of 2021 makes it even more interesting to see what Mercedes will do.

For now, Russell will be under more pressure than ever to continue his impressive performances at Williams to put him in the best position to make the step up.

Bottas too will know that Russell is hot on his heels to fight for a spot at Mercedes next year while question marks remain on what Hamilton will choose to do.

The seven-time world champion has repeatedly stated that he feels more motivated than ever to carry on racing and while he remains on top it’s hard to see him choosing to walk away anytime soon.

JUST IN: Norris refuses to rule out Mercedes F1 move as Hamilton’s replacement 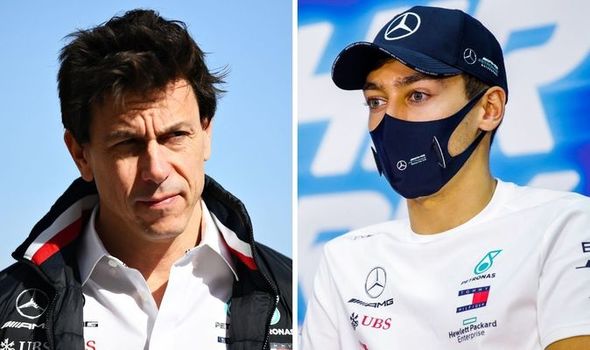 That sets up the very real possibility of an all British line-up at Mercedes next year should they opt with Russell and Hamilton.

Russell may not have nearly as much experience driving at the front of the grid, but he’s proven in his first two years in F1 that he’s able to get the maximum out of his car, particularly in qualifying.

Latifi will pair up with Russell at Williams this year for the second consecutive season and he’s already seen first hand exactly what his team-mate is capable of.

“I think what gets noticed the most, not only from drivers but from the general public, is the Saturday [performance],” he explained.

“Obviously, so much emphasis is on the qualifying because it is kind of showing your potential, showing your speed.

“Also, the fact that he is exceptionally good on Saturdays, putting laps together, getting close to the maximum from the car consistently because he very rarely has things go wrong, whether that is from a mistake in the lap or a mistake in the preparation or what have you.

“It is just always being put together. I think that is what gets noticed the most and I obviously, being his team-mate, seeing his data and the consistency of that, it is one of his strong points.

“It is probably, from my other experience with other team-mates, he is probably one of the best on a Saturday that I have raced against. So that is obviously a really big part of what being a racing driver is.” 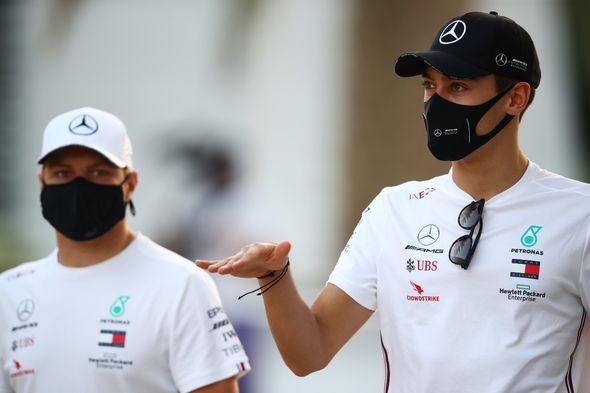 And Latifi was equally impressed by the consistency Russell showed last season with the Briton reaching Q2 on nine occasions last year.

“Besides the outright speed, it is just the consistency because it is very rare that he makes a mistake which is also an important part of being a racing driver,” he added.

“So I think these qualities for these people that are inside the team or inside the sport – other drivers – it is very clear to see these traits that shine through.”