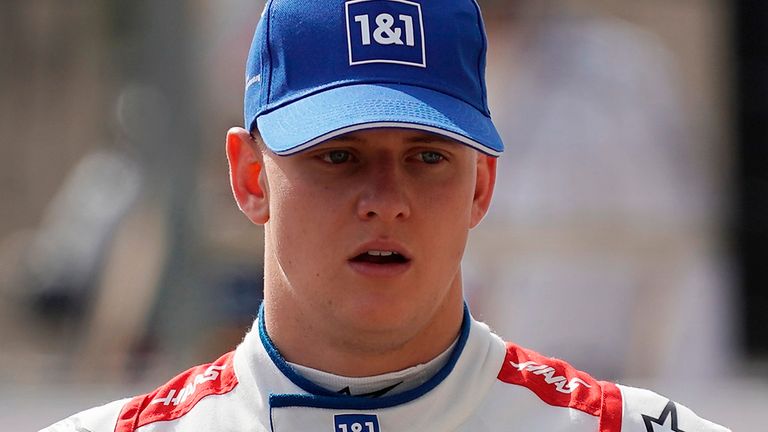 Mick Schumacher says he is “super excited” to begin his Formula 1 career at this weekend’s Bahrain GP as the German youngster brings one of motorsport’s most famous names back to the grid.

Thirty years after his father Michael’s first Grand Prix, and nine years after the seven-time world champion’s last, Mick Schumacher will make his debut with the Ferrari-engined Haas team on the back of a title-winning season in Formula 2.

Although his debut campaign is likely to be spent towards the back of the field, with Haas focusing their development efforts on 2022 when F1’s design rules are being overhauled, the 22-year-old Mick is naturally eager to get started at the top level.

“Thinking about it, it’s 30 years since my dad started his first race, and now I’m starting mine. The fact that I’m in Formula 1 and away to be racing – it feels so amazing.

“I’m so happy that I’m finally there, finally able to race with everybody, and to show my potential working with a great team. I will learn and improve as a driver and as a human.”

Schumacher, a champion in both F2 and European F3 over the past three years, will be in the same field as six drivers who raced against his father, including Lewis Hamilton who matched Michael’s record haul of seven titles last year.

“I have a lot of respect for all of them both as drivers and as people,” said Schumacher.

“It’s going to be nice starting on the same grid as them and being amongst the top 20 drivers in the world. I’m really happy about that. I’m just really happy that things are getting underway now and I’m close to starting my first season in Formula 1.”

Raikkonen: ‘He reminds me a lot of his dad’ 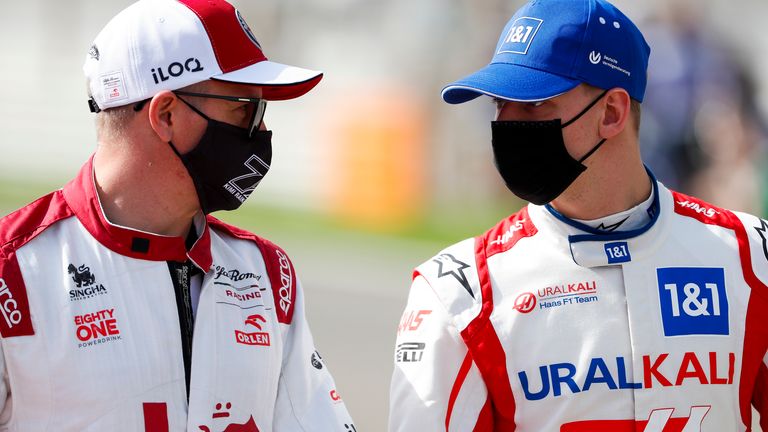 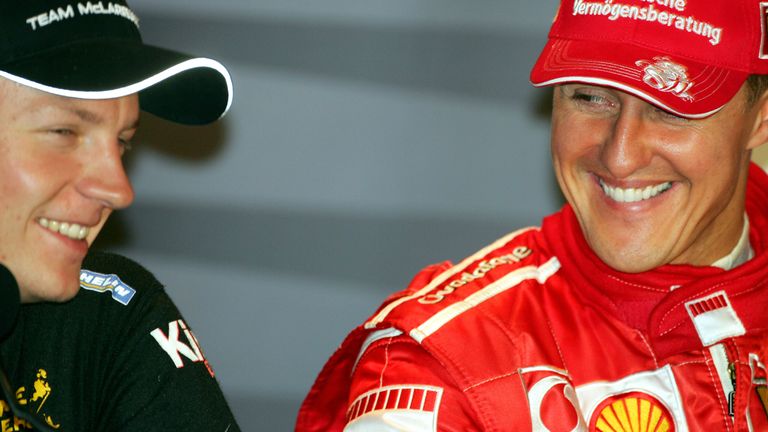 Of those six drivers whose F1 careers stretch back to 2012, one who competed particularly closely against Michael Schumacher was Kimi Raikkonen. The now-41-year-old Finn was a title rival of the German legend and the driver chosen to succeed him at Ferrari.

In an interview with Sky Sports News, Raikkonen spoke warmly about Mick.

Asked about the widespread goodwill shown towards the younger Schumacher, Raikkonen said: “For sure part of it’s that [because he’s Michael’s son], but he’s not in F1 because of his second name.

“It will be exciting to see [his progress], hopefully he has a decent car. “He reminds me a lot of his dad. I’m very happy for him.”

Michael Schumacher has not been seen in public since suffering severe head injuries in a skiing accident on a family holiday in the French Alps in December 2013. Mick was 14 years old at the time of his father’s accident.