Nico Hulkenberg insisted his job was not done after sealing a surprise third position on the starting grid for F1’s 70th Anniversary Grand Prix. The Racing Point stand-in fended off Red Bull’s Max Verstappen to ensure only Valtteri Bottas and Lewis Hamilton will start in front of him on Sunday.

The qualifying performance is the latest high in what’s turning out to be a promising weekend for the German, who’s driving in place of Sergio Perez after the Mexican again tested positive for coronavirus this week.

Following the heartache of engine failure minutes before last Sunday’s British Grand Prix was due to begin, he’ll be eager to make his mark.

Hulkenberg was delighted to qualify in third at Silverstone but insisted he won’t get ahead of himself as he gears up for his first race since last November.

“Crazy [past] week,” Hulkenberg said. “Last week, to come back, and then the low on Sunday, so very extreme. 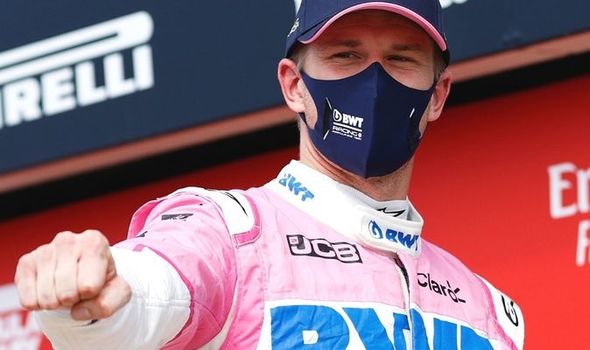 “This week I felt much better in the car. Much more prepared. Cornering was still tricky. In Q2 I made life hard for myself a bit and I was a bit scared that I damaged the car [by running off the track].

“Q3, it was just head down, full beans, whatever I had. Bit surprised to be honest, but obviously a big smile on my face. A lot of respect for the race tomorrow.”

Hulkenberg vowed to make the most of the RP20 at his disposal, with the car thought of by many as the third-best on the grid behind Mercedes’ W11 and Red Bull’s RB16.

“That’s definitely going to hurt tomorrow, not having last week’s experience and not having gone through the motions there with the start and everything because it’s still new with this car,” said Hulkenberg. 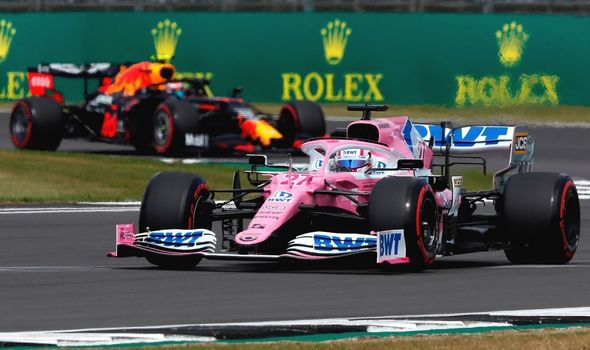 “But we’ll do what we can. I’ll try to learn fast and keep the car where it deserves to be.”

Hulkenberg is looking to secure a seat on the F1 grid for 2021 and said Sunday’s showing will be what counts as he tries to turn power brokers’ heads.

“It’s only Saturday,” said Hulkenberg. “It’s always Sunday that matters most but it’s definitely one of the nice little highlights.

“But it’s no time to cheer yet because tomorrow is the big day.”

Hulkenberg might get the chance of a third audition with Racing Point as uncertainty surrounds whether Perez will be allowed to compete at next Sunday’s Spanish Grand Prix.