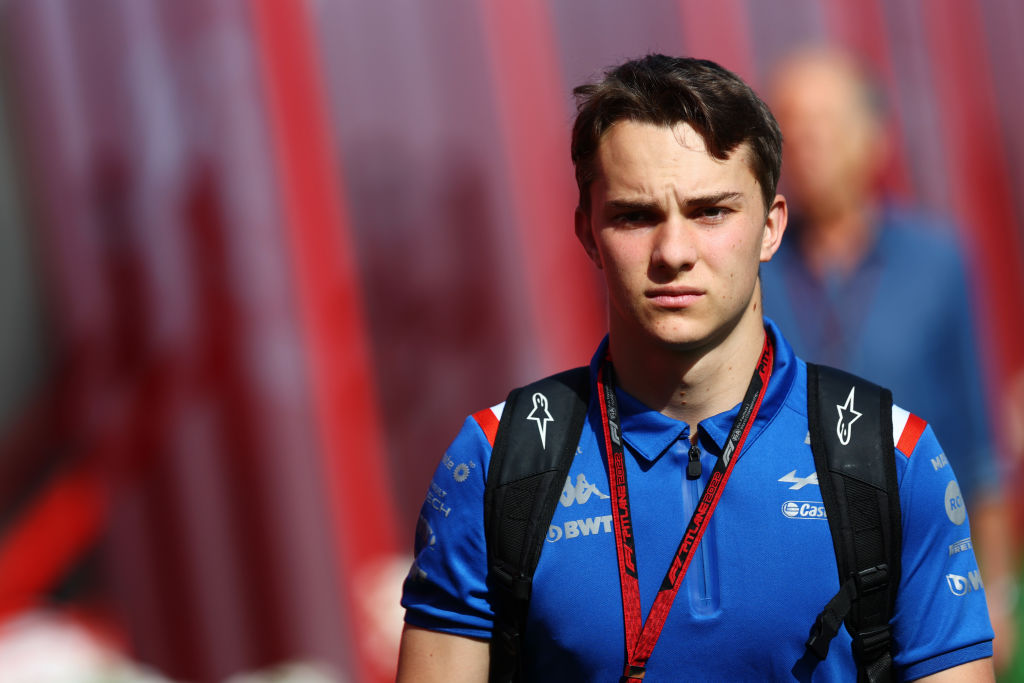 Oscar Piastri has said that he has not agreed to race for the Alpine F1 team next season – just hours after the team announced him for 2023.

The young Australian, who came through the Alpine/Renault academy, is currently the team’s reserve driver after they were unable to find him a drive for this season.

But after Fernando Alonso shockingly announced he would be leaving Alpine for Aston Martin on Monday, it was expected that Piastri would replace him, and on Tuesday evening the team announced just that.

‘After four years as part of the Renault and Alpine family, Reserve Driver Oscar Piastri is promoted to a race seat alongside Esteban Ocon starting from 2023.’

However less than two hours after that announcement, Piastri tweeted: ‘I understand that, without my agreement, Alpine F1 have put out a press release late this afternoon that I am driving for them next year.

‘This is wrong and I have not signed a contract with Alpine for 2023. I will not be driving for Alpine next year.’

‘But you are right, Oscar is our number one preferred candidate and that’s what we are going to do.’