Sebastian Vettel has spoken out after seemingly ignoring Ferrari team orders to allow team-mate Charles Leclerc to pass him.

The German confirmed after the Russian Grand Prix that he had spoken to Leclerc before the race and they had agreed a deal.

But, he didn’t go into detail about the agreement, despite claiming that “people deserve to know”.

Vettel raced into the lead early on, passing by Hamilton in second, and Leclerc in the first.

I think we had an agreement. I spoke with Charles in particular before the race

It appeared that the Ferrari team ordered Vettel to allow Leclerc to take the lead, but the German increased his lead after a fast start.

The Prancing Horse gave up a one-two finish as Vettel retired with an engine failure and Hamilton earned a free pit stop under the virtual safety car, with Valtteri Bottas also later passing Leclerc.

After the race, Vettel said: “I don’t know what happened. I think we had an agreement. I spoke with Charles in particular before the race.

“I think it was quite clear, but I don’t know, maybe I missed something. I’m sure we will talk about it. 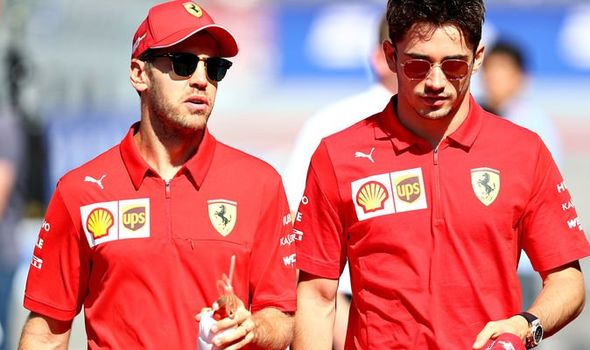 When he was pushed on the details of the pre-race agreement, he said: “I don’t want to share. Not a great deal but I don’t want to put the team in a bad position afterwards because somebody said something here and there.

“I know it is not fair because I think people deserve to know. It is not a big deal.

“I obviously was in third, Charles was in first, and we were talking about a strategy to find a way past Lewis.

“I had a very good start. So there were a couple of options on the table, but sorry I really prefer not to in a way.” 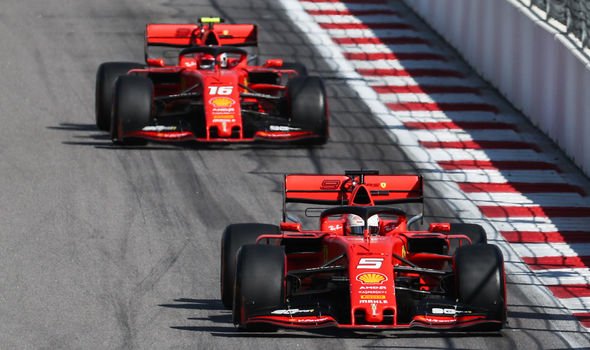 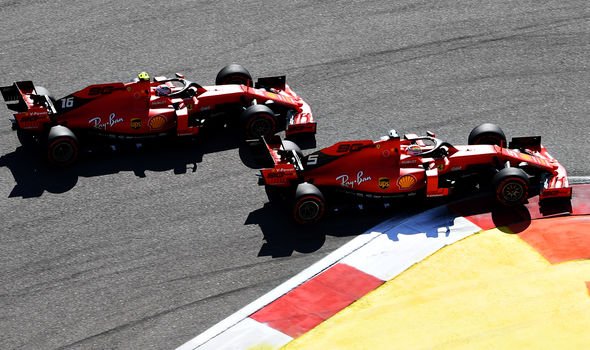 But, Ferrari’s team principal, Mattia Binotto confirmed that there was a plan to allow Vettel to use Leclerc’s slipstream from the off, in a bid to finish the race with a one-two finish for Ferrari.

“By the time he would have given the slipstream, and Sebastian would have had that type of advantage, ideally we would have swapped back,” said Binotto.

“But Seb was very fast so I think any decision could have been postponed. Initially, we asked him to swap. That was not the case, because Charles was not sufficiently close to him. That was the deal.”

Vettel subsequently failed to finish the race, and was forced to retire in the 27th lap, while Leclerc dropped two places to end up third.

Sebastian Vettel to Mercedes? Toto Wolff reveals ‘everything is open’ for Ferrari coup