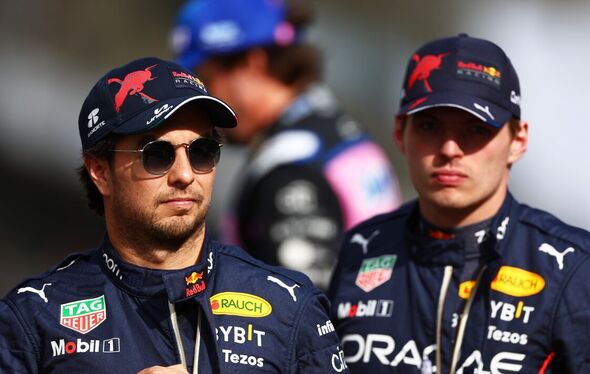 The father of Sergio Perez has visions of a potentially explosive situation at Red Bull next season after backing his son to challenge for the title. The Mexican was third in the 2022 campaign, a massive 149 points behind teammate Max Verstappen who romped to a second successive championship win.

But the tail-end of the campaign for both drivers was overshadowed by their high-profile spat in the penultimate race in Brazil. In the closing moments, the Dutchman was lying sixth, just ahead of his partner, when he was ordered by the team to let Perez through in order to help his bid to finish second in the standings.

However, Verstappen flatly refused, and afterwards a furious Perez notably said he’d shown “who he really is.” It left Team Principal Christian Horner scrambling in the media to play down talk of a rift between his two men, although Verstappen’s actions proved critical as Perez ultimately finished three points off Leclerc overall.

It’s led to major question marks over the pair’s relationship heading into the 2023 season, despite them securing Red Bull a first Constructors’ title since 2013. And their relationship is only likely to reach new levels of tension if Perez elevates himself into a title challenger.

And his father, Antonio, has predicted just that, backing his son to build significantly on his two race wins last year: “I tell you that the best of Checo Perez, we have not seen it yet, he has much more to give and surely with the passage of time Mexico will have a F1 champion in the hands of Checo Perez,” he said, via Encancha.

The 63-year-old, a member of the Mexican Chamber of Deputies, did however insist that the relationship between Perez Jnr and the team remains strong. “It is a great relationship,” he insisted. “It is a great family, there are many things that look different, I can tell you that the best thing that has happened in the history of Checo Perez’s sport has been his relationship with Red Bull.”

An interesting addition to the dynamic has now come though, via Daniel Ricciardo. The Aussie star was released early from his contract by McLaren at the end of last season, and has since been named as a reserve driver at Red Bull.

His presence certainly ramps up the pressure on Perez, given his undoubted status as the No 2 driver. Ricciardo previously spent five seasons there between 2014 and 2018. twice finishing third in the campaign.