That wasn’t supposed to happen! Max Verstappen and George Russell shine as Lewis Hamilton is forced to settle for P3 in wet Spa ahead of the Belgian Grand Prix

Lewis Hamilton saw a glimpse of the future sitting two chairs along from him and he did not much like it judging by how his voice turned as deep and lifeless as Henry Kissinger’s.

There in the press conference sat George Russell, the 23-year-old Englishman who had just produced a millionaire’s qualifying lap in Belgium to interpose him between the two title contenders, pole-sitter Max Verstappen and Hamilton, who was third quickest.

Master George was not meant to be just three-tenths off pole in a jalopy of a Williams but his clear talent in the capricious wet conditions in the Ardennes Forest yesterday allowed him again to rise above his equipment. 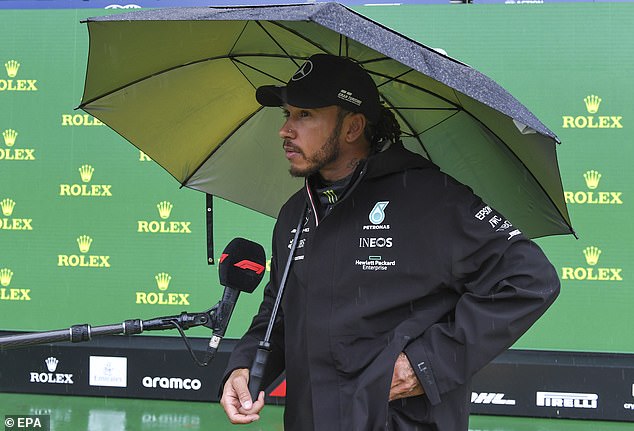 For a little while it looked as if Russell would take pole itself before Verstappen swept sweetly through the final few corners to put himself on top.

No wonder Mercedes team principal Toto Wolff appeared to indicate later in the evening that Russell will partner Hamilton next season in place of the underperforming Valtteri Bottas, eighth quickest yesterday but condemned to start 13th for crashing like a bowling ball in Hungary four weeks ago.

Asked if the decision over next year’s driving line-up had been taken, Wolff said: ‘Yes.’

He did not disclose in which direction his favour has fallen. An announcement is expected in the next few weeks. 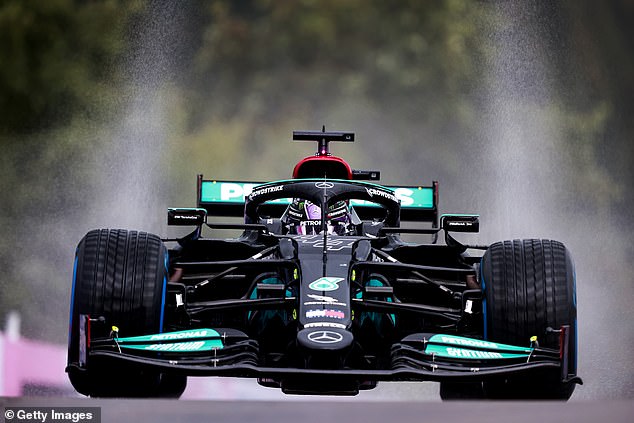 Russell’s ability was as clear to Hamilton here under the low clouds that hung over the high trees as it had been as he watched on from his Covid bed in Dubai while Russell jumped into his car and drove the seat off it at the Sakhir Grand Prix in Bahrain last year.

On that occasion, Hamilton reacted by flying to the closing race in Abu Dhabi at the 11th hour, despite being barely well enough to travel, to wrest his steering wheel from the stand-in’s grip.

Hamilton was asked if Russell’s display here had affected his lukewarm endorsement of the younger man’s claims to be his team-mate and it was now his voice turned gravelly. 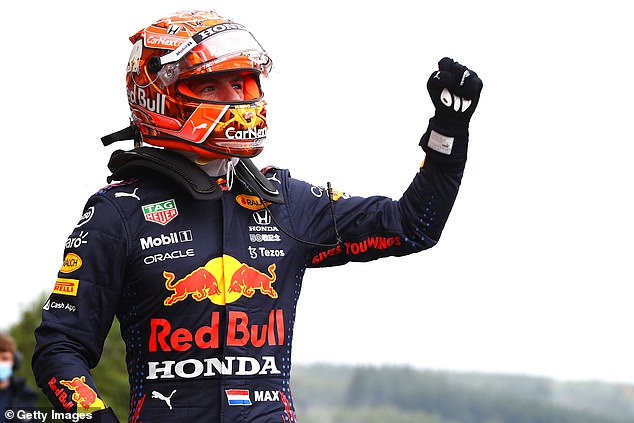 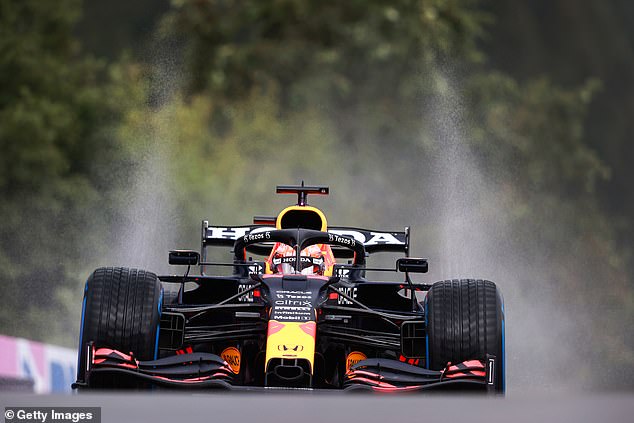 ‘I don’t feel any different,’ crooned the seven-time world champion, who leads Verstappen by eight points with 11 rounds remaining. George has being doing a great job all year and this doesn’t change anything. I am sure he has got pressure on him, just as Valtteri has and it is great to see him delivering. I cannot fault him for it.’

The only possible impediment to Russell landing the Mercedes seat after blossoming at Williams, while still tied to the champion team as part of their academy programme, is the complication his speed represents.

The memory of fractious relations between Hamilton and Nico Rosberg still haunt some Mercedes minds. Wolff said: ‘There are pros and cons as with any driver line-up. We need to manage the situation internally like we always have with Nico, and with George.’ 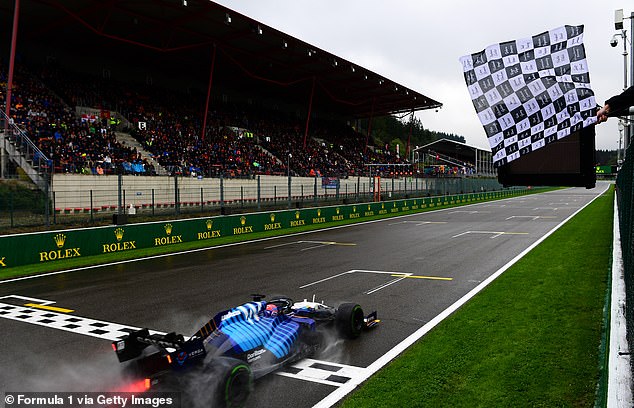 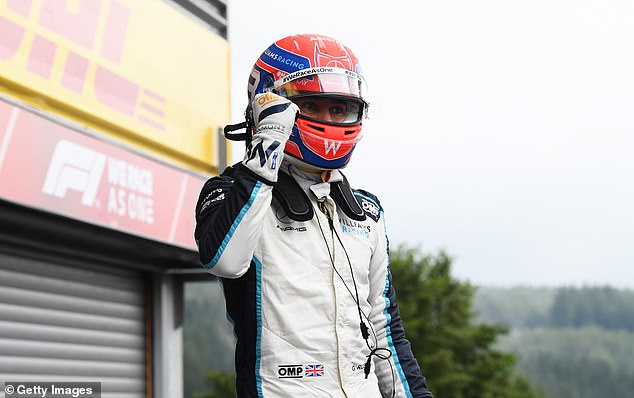 ‘If I needed to have this ultimate proof then something would have been wrong.’

More rain is expected today. Wet weather blows in and out of here minute by minute, though there has barely been a moment since Thursday when the sky has not worn a scowl.

Russell can be counted on to give his all to hold off Hamilton and attack Verstappen in the short run off the start line into La Source. ‘That’s the plan,’ he said.

What can Hamilton do about the thorn between the two title roses?