‘I didn’t see it coming, it’s an incredible result’: Max Verstappen relishes after claiming shock victory at F1’s 70th Anniversary Grand Prix to take his first win of the season as both Mercedes cars struggled with tyre issues

Max Verstappen admits he did not see his win coming after he guided his Red Bull car to victory at Formula One’s 70th Anniversary Grand Prix at Silverstone.

The Dutchman and his team made the brilliant decision in qualifying to start the race on the more durable hard compound tyres, which in the blistering British heat proved the right tyre to be on.

He converted the masterful strategy to get ahead of Valtteri Bottas and Lewis Hamilton to take the first non-Mercedes victory of the 2020 season. 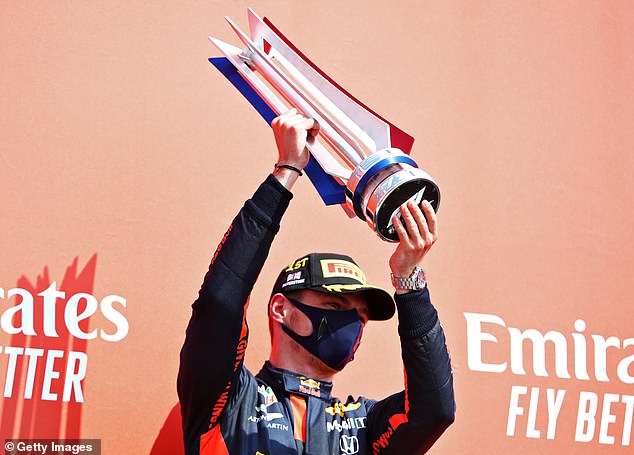 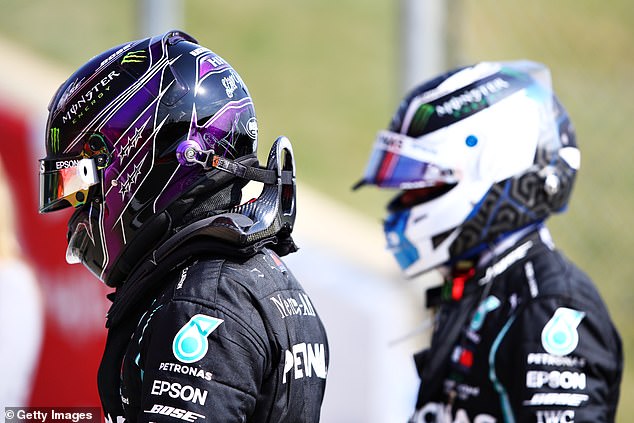 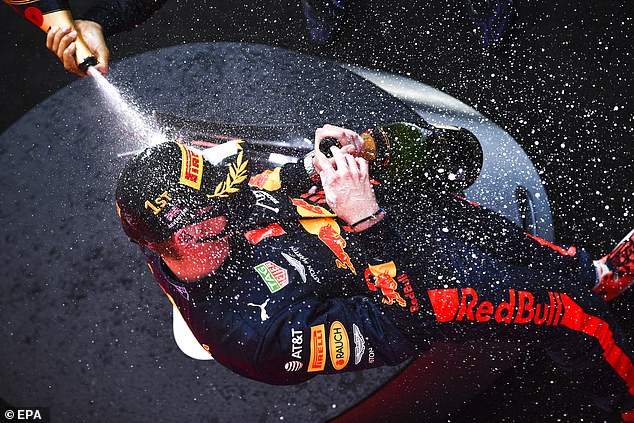 The victory puts Verstappen second in the drivers standings, 30 points behind Hamilton

After Mercedes domination at the opening four races of the season, no one expected Verstappen to challenge Bottas or Hamilton, and the 22-year-old admitted after the race his win was very unexpected.

He said: ‘I didn’t see it coming. After the first stint it seemed like we were really good on the tyres. Of course that is a question mark how Mercedes is going to go on the hard tyre.

‘We had a lot of pace in the car, I didn’t really have a lot of tyre issues at all. We just kept pushing, and (it’s) an incredible result of course to win here.

‘We had a great day. I think everything worked out well, and we had the right strategy. Everything was running smoothly. I was incredibly happy to win.’

The Dutchman started fourth on the grid but quickly got ahead of Racing Point’s Nico Hulkenburg at the start of the race.

In the past weeks Mercedes have pulled away from the rest of the field, but Verstappen was able to keep up with them as they struggled on the softer medium tyres. 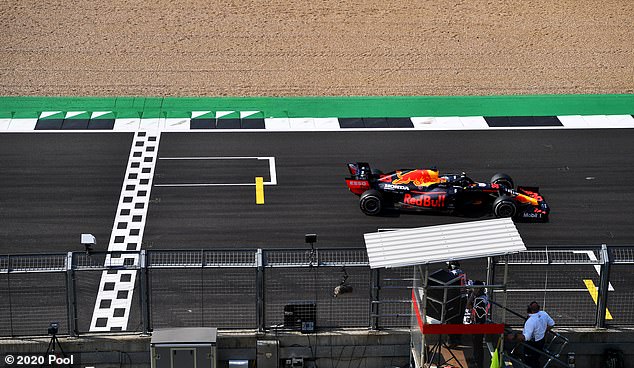 At one stage before the first pitstops, Verstappen was told to ease back from fighting with Hamilton in order to manage his tyres from his race engineer.

‘This is the only chance of being close to the Mercedes, I’m not just sitting behind like a grandma!’ Verstappen fired back.

His decision to ignore their instructions paid off as he overtook Hamilton at the first round of pitstops and rejoined on the track side by side with Bottas who had also pitted earlier.

Verstappen made light work of the Finnish driver and looked more at ease with his tyres cruising home to victory while the Mercedes pair battled more blistering problems.

He told Sky Sports: ‘Today was very satisfying because we did beat them on pace but you could see they were really struggling with tyres of course I think overall the tyres were a bit too soft for the track. 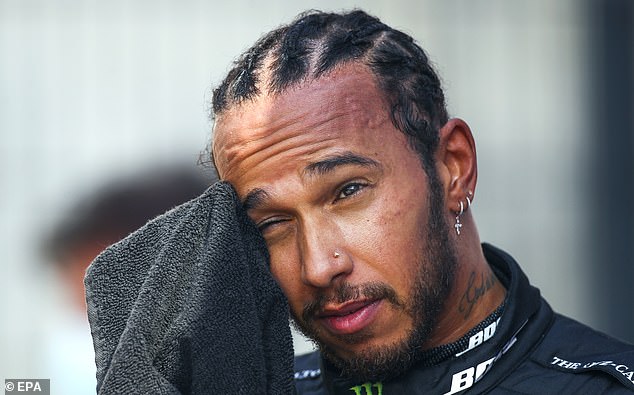 ‘I don’t think we are gonna see that at many more tracks which is a bit of a shame. But yeah we’re going to enjoy today and see what happens in Barcelona.’

His shock victory actually jumps him ahead of Bottas into second place in the drivers standings.

The result puts him 30 points behind Hamilton in the table, though the Dutchman will be ruing his retirement at the season opening Austrian Grand Prix due to mechanical problems which could have put him even closer to the reigning world champion if he finished that race.

He said: ‘ Yes we can get closer (to Mercedes) but we’re also lacking quite a bit of top speed.

‘So qualifying I think it will be very hard to be close to them because once they get to Q2 and Q3 they turn it up and gain like four or five tenths on the straight so you know it’s very hard to fight that but in the race they can’t really use it as much and then we get a bit closer to them and we can sometimes actually put a little bit of pressure.

‘On a day like today where they’re struggling with tyres and we don’t have any issues then of course you have a chance of winning that race.’

The Formula One circus will now go to Barcelona for next week’s Spanish Grand Prix.