Last weekend saw Max Verstappen claim the most memorable victory of his career, in front of 70,000 adoring fans at the Dutch Grand Prix.

While it was an historic weekend for Formula One, and the young Red Bull driver, it was also a turning point for women’s motorsport, and namely the W Series.

Sportsmail was in the grandstand at Zandvoort to soak up the atmosphere for one of the biggest race weekends in recent memory, and see just why the W Series is turning so many heads, in racing and beyond… 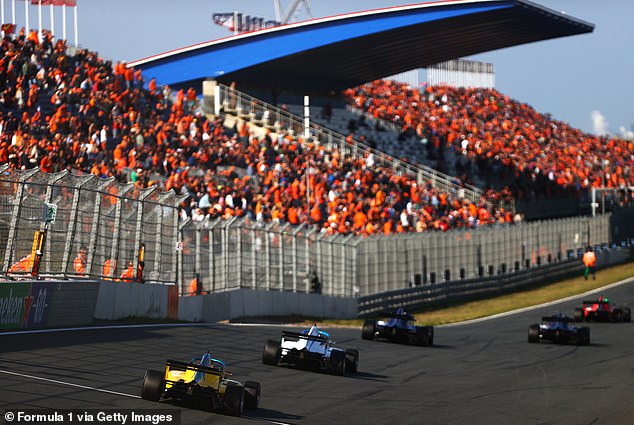 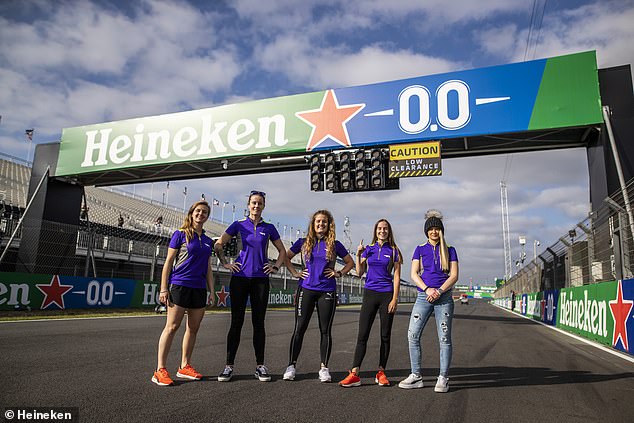 Kids on shoulders craning to get a view of the cars on track, a sea of orange cheering as a Dutch driver crosses the line.

Not F1, and not Max Verstappen, but the women’s W Series and Beitske Visser. At Zandvoort, the men’s race is far from the only show in town.

It is Saturday evening and the F1 qualifying session has just finished, but nobody is going home yet. The sun beats down and there are thousands of racing fans enjoying an atmosphere most have not experienced before.

The beach is just a stone’s throw away, the cool water lapping against the shore, and Zandvoort’s beach clubs pump out music in a bid to lure the racing fans away from the track.

Instead, they stay in their seats. There are men with their mates, clad in orange with ‘Verstappen 33’ on their backs, but also families – dads with young sons, and plenty of daughters too.

In fact, it may be the young girls who get the most from their first F1 experience, because the W Series is proving once and for all that motorsport is not just for men. 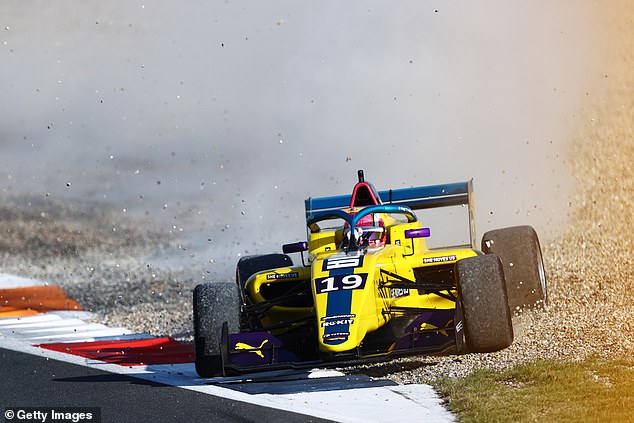 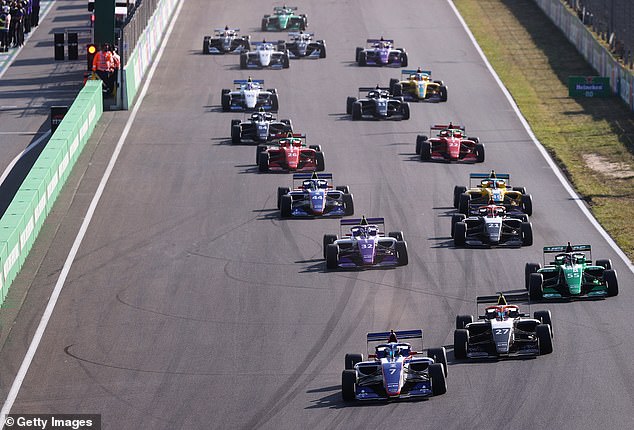 Emma Kimilainen leads the cars into the first turn at Zandvoort, but she didn’t win the race

There is a real belief that this could be the stepping stone needed for more equality in the sport, and for F1 to see its first woman driver since Lella Lombardi, an incredible 45 years ago.

W Series started in 2019, but flew under the radar, with races taking place at tracks like Brands Hatch in the UK and TT Circuit Assen, further north in the Netherlands.

In truth, there was a lot of initial scepticism too – from drivers, fans, and pundits – and a Covid-enforced break in 2020 didn’t help matters.

Coming into 2021, though, that all changed. Now, the W Series takes place alongside the F1 races, at tracks like Silverstone, Spa, and here at Zandvoort.

At the end of August, a huge new sponsorship deal with Heineken was announced, and names like Jamie Chadwick and Alice Powell are becoming household. 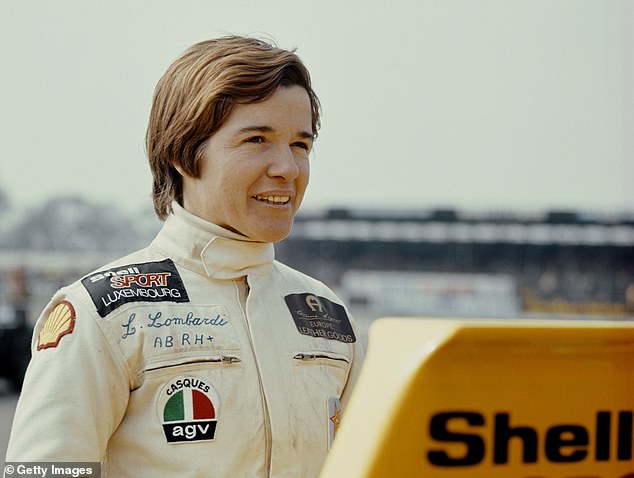 Lella Lombardi was the last female Formula One driver, an extraordinary 45 years ago 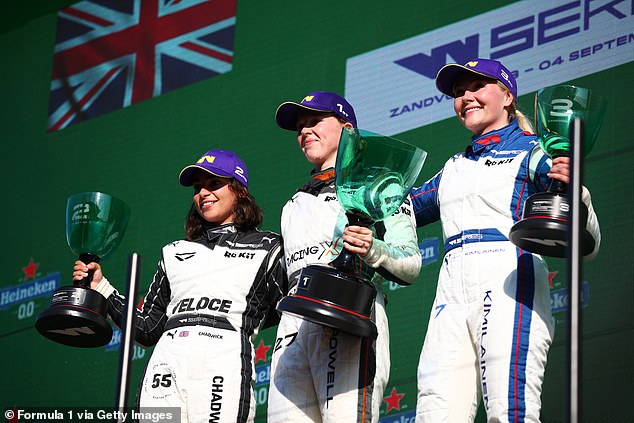 In fact, there are six British drivers among the pack, and all of them qualified in the top eight at the Dutch Grand Prix last weekend.

The race takes place on the Saturday, immediately after the F1 qualifying grid has been decided… and on a sunny day like this one at Zandvoort, nobody is rushing home.

Emma Kimilainen sits on pole, with Powell and Chadwick behind her. In fifth, 18-year-old English reserve driver Abbi Pulling is set to compete in only her second ever W Series race, but has already shown herself to be incredibly talented.

On the grid, there is a stunt driver from the new James Bond film, a test driver for Amazon Prime’s ‘Grand Tour’, and several who were forced to become delivery drivers during the Covid pandemic.

For them, the W Series is a lifeline, a route back into motorsport when it seemed as though they would have to give up their dreams. 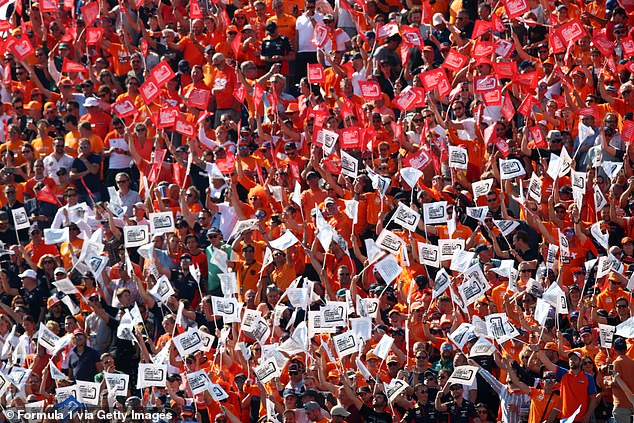 There were 70,000 people at Zandvoort on Saturday and Sunday as fans returned to the track 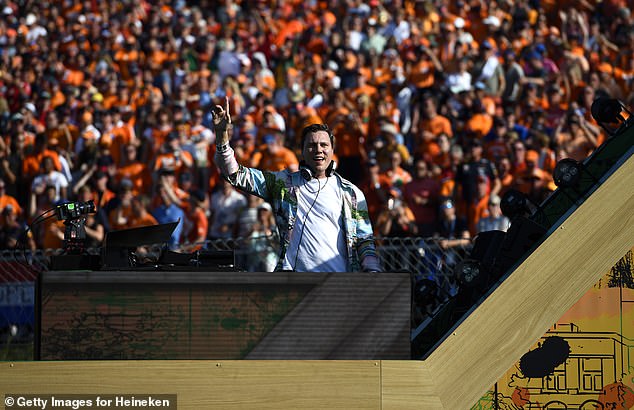 RECYCLED TROPHY AT THE DUTCH GP

Ahead of the return to Zandvoort, Heineken created the first ever F1 championship trophy made exclusively from recycled materials, taking inspiration from the official trophy that was rewarded at Zandvoort in 1939.

Heineken collaborated with Dutch designer Piet Boon to create a trophy made exclusively from recycled materials: the green glass bowl is created from recycled Heineken bottles, the plastic plinth formed from recycled plastic crates, with a presentation box made from waste plywood. 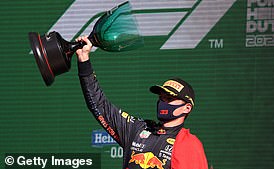 It is free to enter, and every car is the same, so it’s as simple as this: the most talented driver wins. W Series is a breath of fresh air, and with every race it becomes more popular.

In Zandvoort, 28-year-old Powell comes out on top, with Chadwick and Kimilainen completing the podium. In the standings, that takes the two Brits level on 109 points. Not only is it innovative, it’s also competitive, with no real favourite for the title.

This season, all three of the Dutch podium-sitters have won races, with eight different drivers making it into the top three. There is talent across the grid.

In fact, Chadwick already has a foot in the F1 door after being named as Williams’ Development Driver in both 2019 and 2021, and she is the closest to achieving every drivers’ dream of making it to the primary series in motorsport.

Of course, the F1 partnership is a gamechanger for the W Series too, and by grabbing the spectators brought to the track by the men’s race, the women have been able to grow their own following and show off their skills.

It is still a fledgling series, finding its feet in a world dominated by men, but there is so much promise, and this genuinely could be the stepping stone for a female driver to infiltrate the world of F1.

It has been an embarrassingly long time since Lombardi last drove, at the 1976 Austrian Grand Prix. Most photos of her are in black and white, smiling at the camera as she clutches her race helmet, ready to battle with the likes of James Hunt and Niki Lauda.

Forty-five years have passed since then, but there is now hope that it will not be anywhere near another 45 until the next female takes a spot on the grid. 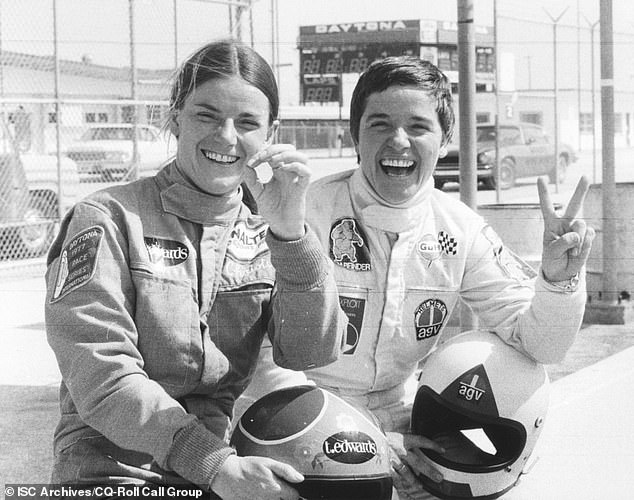 Many photos of Lombardi (right, at Daytona in 1977) during her career are black and white 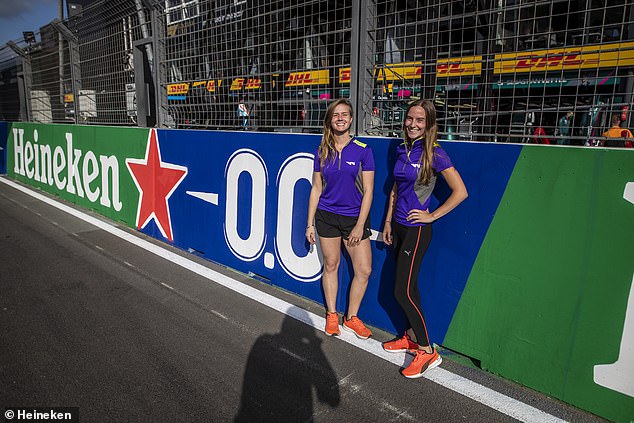