Trackside, Ryan Newman is often seen doting on his two young daughters, one propped in one arm, the other holding his hand. His heart is kind. Newman is an animal lover who devotes his spare time to rescuing dogs and snakes and goats in danger.

He earned the nickname "Rocket Man," a nod to his speed and having graduated with an engineering degree from Purdue, a school which also produced more than 20 U.S. astronauts.

He's controversial. The South Bend, Indiana, native questioned whether man really landed on the moon last year at a NASCAR Cup Series practice. He was asked about the 50th anniversary of the Apollo 11 mission.

“Is it really the 50th anniversary? Or is it the 49th?" Newman said to USA TODAY in July. “I’m not a denier, I just don’t know, I don’t believe it’s true. I don’t have proof to believe it’s true. I can’t go off a picture or a video or whatever stage they were on. They were just trying to beat the Russians to a good photo opp.” 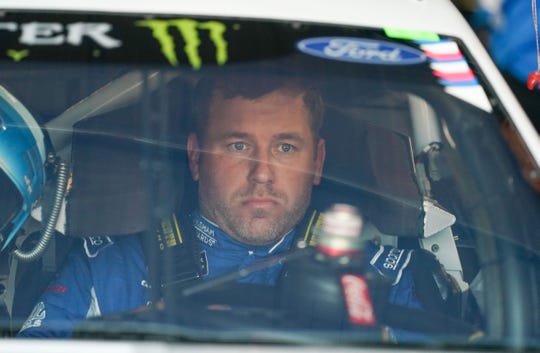 Ryan Newman behind the wheel of his No. 6 Ford during a 2019 race. (Photo: Marvin Gentry, USA TODAY Sports)

He's also well known for being bold and brash. After he was blamed for a three-car accident that included Kurt Busch and Matt Kenseth in 2013, Newman wasn't apologetic. After being called an "idiot" and "ogre" by Kurt's younger brother Kyle, Newman lashed out at the younger Busch.

“We know he’s not very bright,” Newman said of Kyle after the NASCAR Cup race at New Hampshire Motor Speedway. “I’m sure if I rearrange his face, I might fix it."

And, as most of the world knows, Newman is an intense competitor and a mainstay of his sport. He has under his belt a Daytona 500 win in 2008, a Brickyard 400 in 2013 and a NASCAR All-Star Race victory, formerly called The Winston when he won it in 2002.

When Newman crashed in the final laps of the Daytona 500 Monday, the racing world held its breath as it waited to hear his condition. Shortly after, NASCAR announced Newman's injuries were serious but not life threatening. He was awake and speaking Tuesday afternoon.

Now everyone waits again to see if this brash, big-hearted athlete will ever be the same.