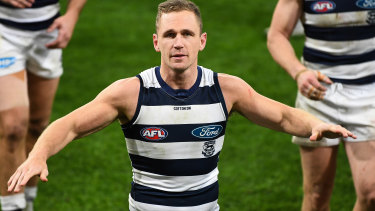 No late changes for Demons or Cats. James Jordon (Demons) and Shaun Higgins (Demons) are the medical subs.

Demons veteran Nathan Jones has not come into the side. Interesting to see the Demons chose a first-year senior player to be their sub while the Cats have again gone with the vastly experienced Higgins.

No shortage of options…

Melbourne assistant coach Adam Yze says his side is ready to face their destiny in tonight’s preliminary final against Geelong in Perth.

Rain has been falling pre-game and the Demons have had to wait for two weeks to take on the Cats after winning in the first week of the finals.

But Yze said they were ready to go.

“It’s been a tough couple of weeks, the boys have trained hard and we were lucky enough to train here a couple of times,” Yze told Fox Footy.

“The conditions are irrelevant, the boys can’t wait to get out there.”

G’day everyone and welcome to tonight’s AFL preliminary final live blog as Melbourne Demons take on Geelong Cats for a place in the grand final. I’m Roy Ward and I’ll be leading the blog along with the great Ronny Lerner.

It’s been a long two weeks for Melbourne fans as they waited for tonight’s match while Geelong has had to do it the long way losing in week one then earning a clash with the Demons by winning last weekend’s semi final.

We will have plenty to bring to you tonight in the lead-up to the first bounce at 7.50pm AEST.

Challenge Cup and NRL stars combine in our team of the week, including Sam Tomkins and Benji Marshall

‘I wish I could take it back’: Barnett opens up on crusher tackle