The AFL has dismissed a claim that 16 players at a single club are escaping random drug tests because of mental health issues, labelling some of the reporting of the issue as "completely wrong".

The issue of illicit drugs in football resurfaced last week as 3AW's Ross Stevenson claimed on-air that "there is indeed one AFL club that has 16 players on its list who have registered as having mental health issues, which means that they cannot be randomly drug tested for illicit drugs".

Fuel was added to the fire when former St Kilda coach Grant Thomas said he'd been told drug use was "rife" within the Saints' playing group during his tenure last decade.

The Age then revealed the AFL was going to review its contentious “two-strike” illicit drugs policy this year.

Speaking on Sunday as the league announced a 6.54 per cent growth in total participation in 2018, AFL general counsel Andrew Dillon strongly denied the figure of "16".

"The numbers that have been quoted on radio and in the media are completely wrong," Dillon told The Age.

Dillon, meanwhile, condemned the latest racist attack directed at Adelaide's Indigenous star Eddie Betts. The champion small forward, drew attention to a comment on Instagram photo of him over the weekend which read "monkey see monkey do". 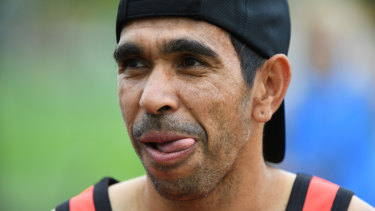 Asked about the prospect of bans, Dillon said the league would first need to identify the person who made the comment, saying the AFL "have a number of avenues [where] we can deal with racist comments like that".

"Eddie Betts is a great person and a leader in our game – no one deserves to be subject to racism on any level.

"The comments are completely unacceptable and have no place in our game."

Dillon also viewed Friday night's AFLX event as a success. He noted that to have some of the AFL's best players participate in the tournament, which drew 23,828 to Marvel Stadium, was important in terms of legitimising the form of the game, which he said could be an alternative for players who have limited traditional facilities.

"Friday night we were really pleased," said Dillon, who is also the league's general manager of game development.

"It was a really solid crowd. Rated really well. Everyone who was at the game was highly engaged.

"It really hit the market we were looking for, which is young kids, families.

"We'll now go away, have a look at all that and see, 'What do we do with AFLX at the elite level?' and how do we continue to progress that? But we've got to assess what happened on Friday night and look where the opportunities are.

"With community facilities, there's a finite number of ovals, so we're looking for forms of the game. By having it played at the elite level, it legitimises a form of the game on a rectangle with less than 18 players on the ground.

"We don't want it to take over 18-a-side, but it's just another form of footy that people might be able to access and enjoy, like playing footy on a basketball court in a wheelchair." 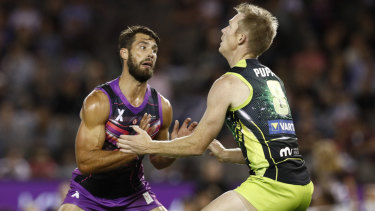 Dillon said the while engagement across the league's 18 clubs varied, all were broadly supportive and understanding of the concept.

"The players are engaged, so that's a good start. Anyone who was there really loved it."

A 14.42 per cent increase in female participants was central to the overall football participation rise. Just shy of 1.65 million people participated in football in one form or another last year, with more than 530,000 of those being female.

In addition to the growth in female football, Dillon also said the growth in the sport's inclusion programs was also significant.

"Who would've thought five years ago we'd have five AFL teams with a wheelchair AFL team?' he said. "We're hoping to get a couple more Victorian clubs involved.

"I think we'll just continue to make the game accessible so if you want to be able to play, we've got a form of the game you can participate in and enjoy."

‘We’re a shandy away’: Seibold refuses to panic over Broncos sorry start