Coroner Simon McGregor has recused himself from the inquest into the death of former Tiger Shane Tuck with the state coroner Judge John Cain to take carriage of the investigation.

The decision comes after the AFL and the AFLPA made applications for coroner McGregor to step aside from the inquest due to him being the brother of an AFLPA staff member Matt McGregor who had referred Tuck to pyschological services as part of the Players’ Association wellbeing team.

Tuck, who took his own life in July 2020, was found to have severe CTE when his brain was examined by the Australian Sports Brain Bank. 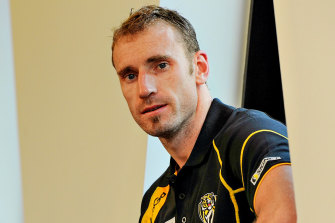