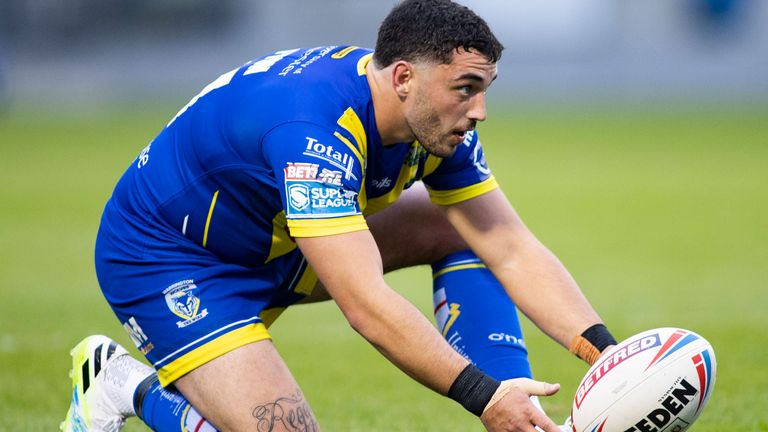 Salford have signed Warrington half-back Declan Patton on a 12-month deal ahead of the 2021 season.

The 25-year-old made over 100 appearances for the Wolves, including their Challenge Cup final win over St Helens at Wembley in 2019, but was not offered a new contract at the end of last season.

Salford’s new head coach Richard Marshall, who knows Patton well from his time as Warrington assistant, said: “When I arrived here, I identified some key areas where we needed to strengthen and this signing helps us achieve that.

“Dec’s versatility means he will bring greater depth to our squad in a number of areas.

“He’s a player who I’ve worked with previously and continued to monitor ever since.

“I am confident that he will thrive in our group and we can help him unlock his full potential.”

Patton, who was in Warrington’s beaten Grand Final team in 2018, said: “I’m over the moon to be joining Salford.

“It’s a great set-up here. I know Rich and some of lads already but now I’m enjoying getting to know some new faces. This is a fresh start and I’m really looking forward to it.”